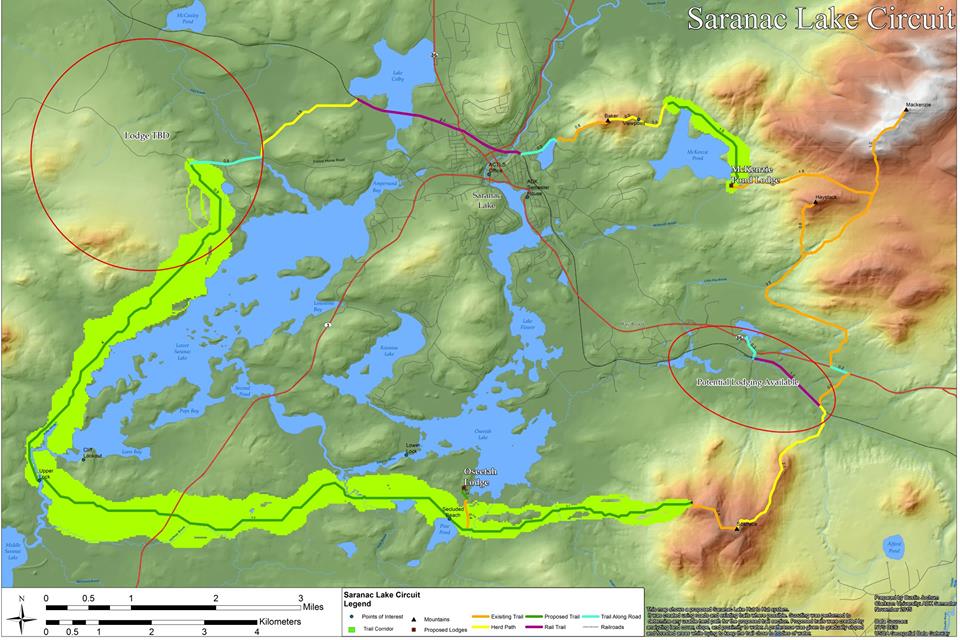 A map of a conceptual hut-to-hut trail system for the Saranac Lake Area. (ACTLS/Facebook Photo)

A map of a conceptual hut-to-hut trail system for the Saranac Lake Area. (ACTLS/Facebook Photo)

While an Appalachian Mountain Club proposal to build a new hut in New Hampshire’s White Mountains has met stiff resistance, a plan to create a hut-to-hut system in New York’s Adirondacks has been widely embraced.

According to an article on LakePlacidNews.com, members of the Adirondack Community-based Trails and Lodging Group have worked to develop trail systems in the Adirondacks that would offer the same hut-to-hut feeling as the shelters in the White Mountains, but without the controversy.

The group is planning to introduce hut-to-hut hiking in three areas – the Great South Woods in the southern Adirondacks, the Five Towns area of Newcomb, Long Lake, Indian Lake, North Hudson and Minerva, and in and around the Tri-Lakes area.

Members of the group have hinted that parts of the system may soon gain state approval.

Read about the hut-to-hut system proposed for the Adirondacks.