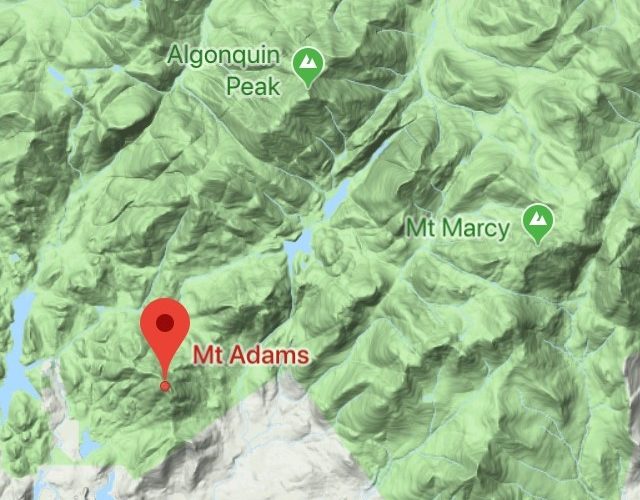 Shortly after 5:30 p.m. on September 30, New York Department of Environmental Conservation officials received a call from a hiker reporting that his hiking partner had injured his knee while descending a steep, eroded section of the Mount Adams Trail.

Standing at 3,520 feet high, Mount Adams features a fire tower on its summit and impressive views of the nearby High Peaks. The Mount Adams Trail is a challenging, out-and-back trail just under 2.5-miles each way with steep sections and a total elevation gain of more than 1,800 feet.

The injured hiker, age 71, was less than a quarter-mile from the summit and was unable to put any weight on the leg. Several forest rangers set out to meet the injured party and perform a night carry-out.

The rangers reached the injured hiker shortly after 10 p.m. Once they stabilized and secured the hiker in a litter, rangers began the difficult carry-out, traversing slippery, steep and hazardous conditions. At times, the rescue required low-angle rope rescue techniques.

Rangers had the injured hiker out of the woods by 1:20 a.m. Monday morning. Newcomb Volunteer Ambulance then transported him for further medical treatment.