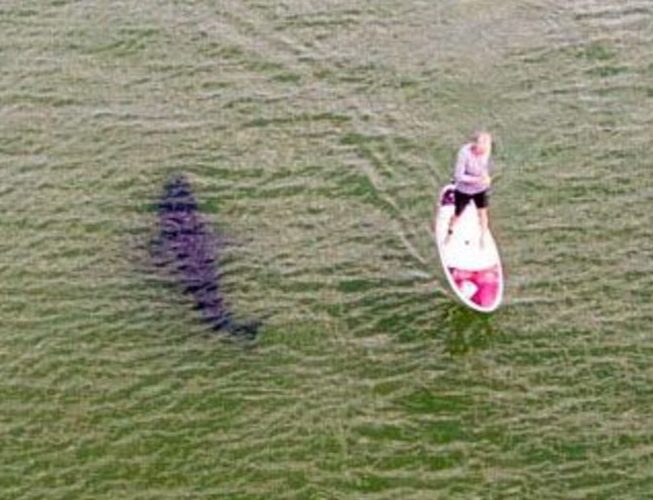 Cape Cod paddleboarder had no idea shark was nearby

A man paddleboarding off Cape Cod’s Nauset Beach on Sunday morning had no idea a great white shark was swimming close by until he later saw a photo captured by a drone.

According to an article on Boston.com, Roger Freedman, 54, of Hingham, Massachusetts, was paddling the calm waters off Nauset Beach early Sunday morning. When he returned to shore, a man approached him to show him photos taken by a drone of a shark swimming under his paddleboard.

The Atlantic White Shark Conservancy, which shared the drone photos taken by Cody DeGroff, identified the creature as a great white shark.

‘Close encounter of a peaceful kind.’ Yesterday morning Cody DeGroff (@Cdegroff10) captured these amazing photos of a white shark near a SUP just north of Nauset public Beach. The paddle boarder did not see the shark. pic.twitter.com/DQCeM3w7nf