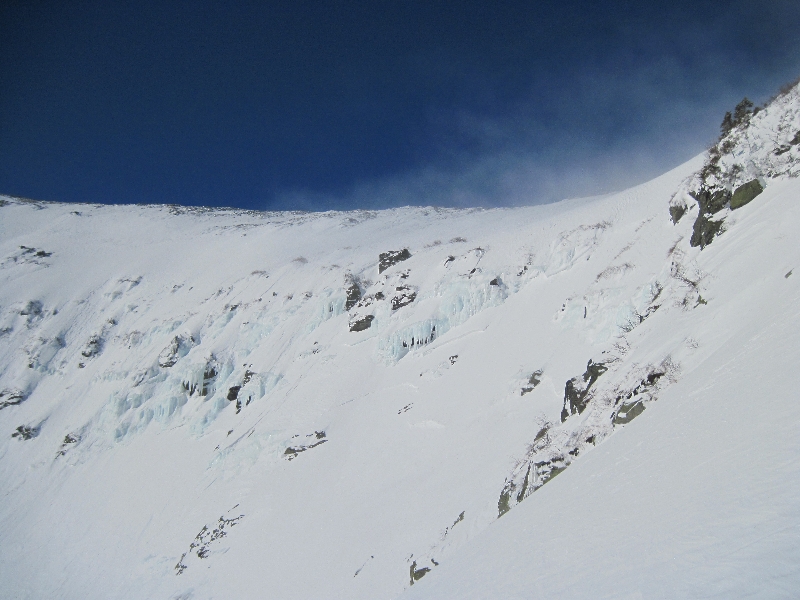 Several climbers, skiers and snowboarders were caught in an avalanche on Mount Washington’s Tuckerman Ravine on Sunday.

The avalanche reportedly occurred around 1 p.m. in an area of the ravine known as “The Chute.” It occurred during an avalanche safety course, and, according to a post by one of the instructors on NEAlpineStart.com, it carried 5 people roughly 800 feet down a 45 degree slope.

Officials said the break was roughly 75 to 100 feet wide.

People involved in the safety class were among those who responded to the avalanche victims. Two people were treated on site for injuries, but were not seriously hurt. Another was taken by snowmobile to be seen by local EMS. The extent on their injuries were not known.

“I had just a moment to scream ‘Avalanche’ before getting swept off my feet as well. I instantly got slammed into Billy just below and we tumbled together for what seemed like forever. My mouth and eyes filled with snow and struggled for breath. It happened so fast. Tumbling, hard telling which way was up. I had no idea how large it was,” wrote Swartz. “It went on way longer than I thought . . . I attempted to self arrest with my axe, it was useless.”

Swartz said he was spit out 500 feet down uninjured. He said he saw members of the avalanche course immediately go into search mode and aid people caught in the avalanche.