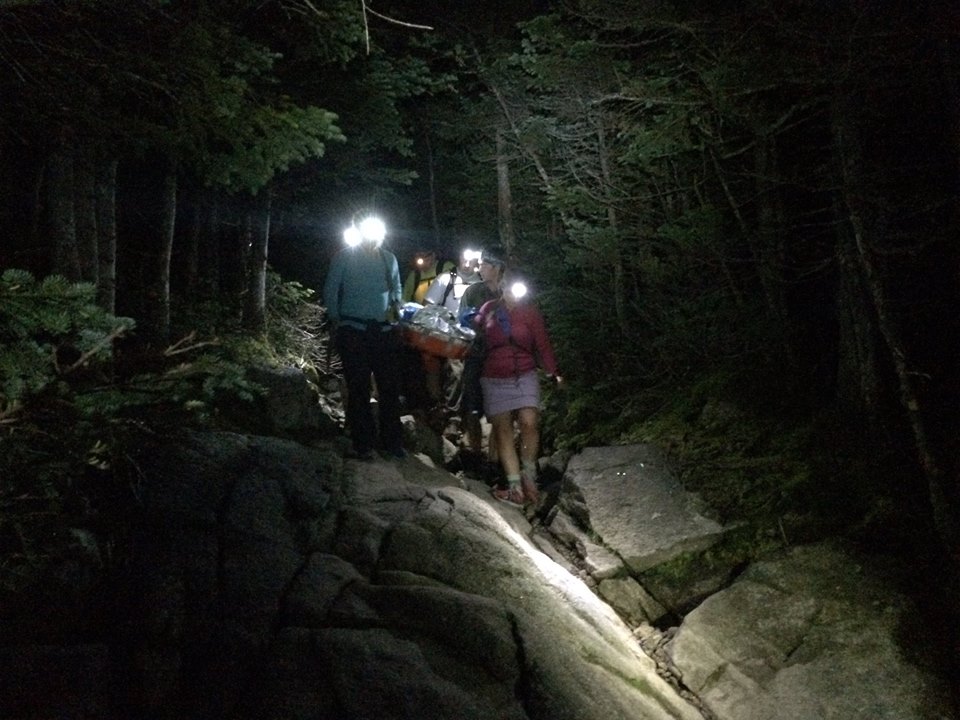 Crews rescued an injured hiker near the summit of New Hampshire’s Mount Lafayette on Saturday, August 22, carrying the hiker down while navigating dangerously steep, rocky terrain in the dark of night.

A 55-year-old woman from Ottawa was reportedly hiking with her husband and two children when she suffered an ankle injury on the Greenleaf Trail less than a half-mile from the summit of Lafayette at roughly 4 p.m.

The hiker was splinted, placed on a litter, and crews began carrying her down at 7:20 p.m. Officials with the Pemigewasset Valley Search and Rescue Team reported it was a 3.6-mile trek from above treeline down to the parking lot, their longest carryout of the year so far. They reached the trailhead at 11:30 p.m. 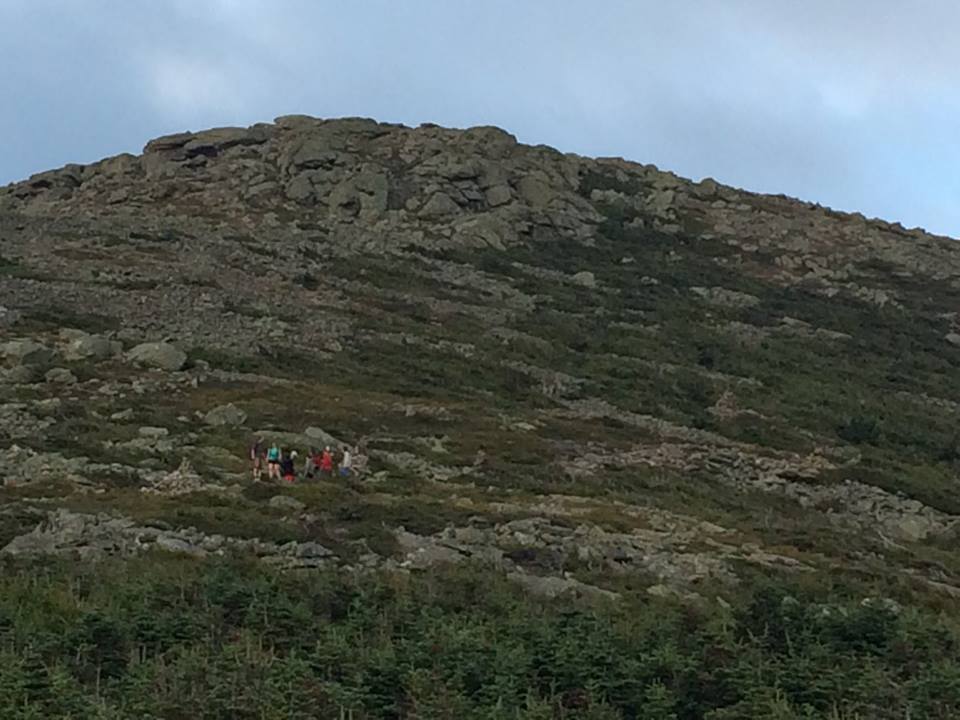 Three AMC hut crew and a mountain steward with the injured hiker and her family on the northwest slope of Lafayette, waiting for more help to arrive. (Pemigewasset Valley Search and Rescue Team/Facebook Photo)