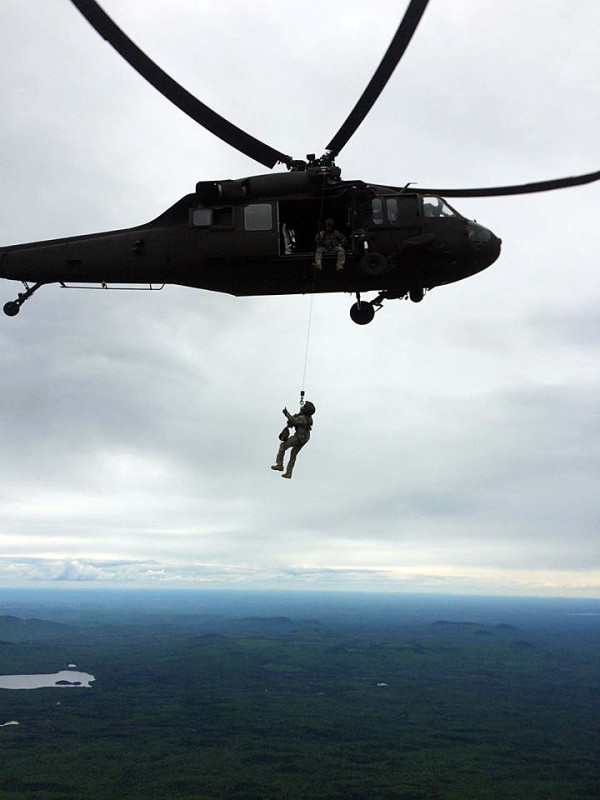 A Maine Army National Guard Medevac helicopter was used to rescue a sick hiker atop Katahdin on Saturday.

According to an article on BangorDailyNews.com, a 29-year-old hiker from New Jersey was atop 4,919-foot Pamola Peak when a medical condition flared up just before noon. Park rangers, alerted to the emergency by a 911 call from the hiker’s companions, reached the hiker at roughly 1:15 p.m. and proceeded to call for a helicopter.

The hiker was transported to a local hospital. Her condition was not available.

Officials said if the cloud cover had been lower or if it had been rainy, a team of 30 to 40 people would have been needed to carry the hiker down the mountain on a litter, a process that could have taken 24 hours or more.

Read about a helicopter crew rescuing a hiker on Katahdin.