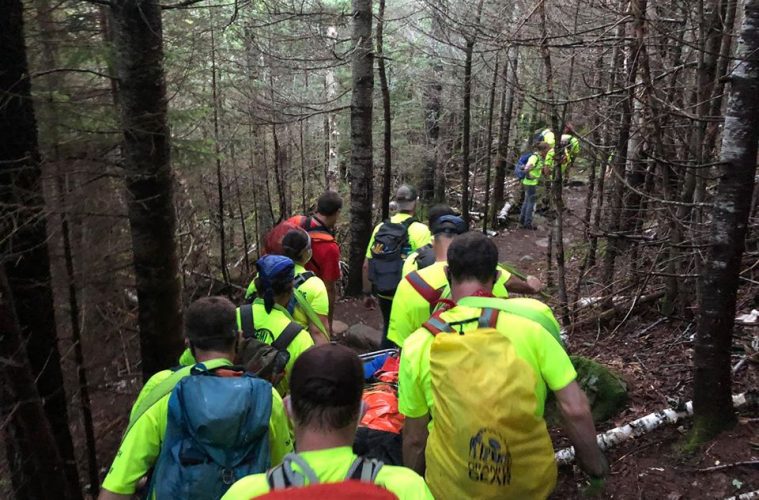 Shortly after 2 p.m. on Sunday, New Hampshire Fish and Game officers received a report of an injured hiker near the summit of Mount Osceola. The hiker had reportedly suffered a leg injury that prohibited the hiker from continuing without assistance. 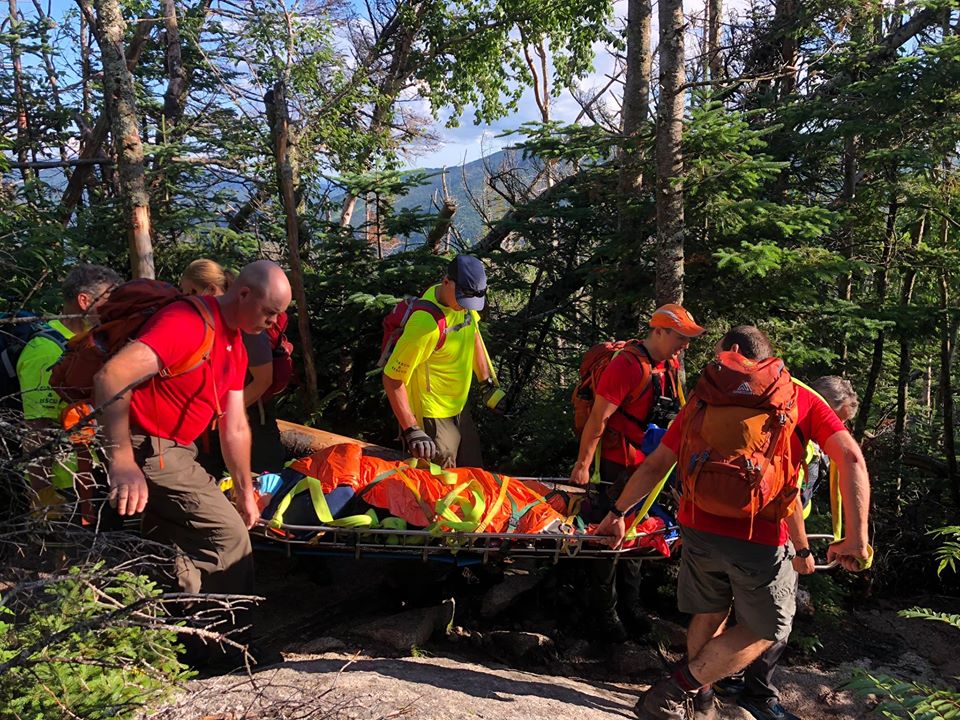 Conservation officers and volunteers with the Pemi Valley Search and Rescue Team responded to the Mount Osceola Trail. By 4:30 p.m., the first rescuers had arrived with the injured hiker and were able to stabilize the injury. Shortly after 5 p.m., the team was able to start the arduous 2.6-mile litter carry over rugged terrain.

Just before 9 p.m., the rescue party reached the trailhead on Tripoli Road and the waiting ambulance from The Waterville Valley Department of Safety. The hiker was transported by ambulance to Speare Memorial Hospital in Plymouth for evaluation of her injuries.

The hiker was identified as 31-year-old Emily Bernstein of Warwick Rhode Island. Bernstein and her husband had come to New Hampshire to complete the 6.4-mile round trip to Mount Osceola. The pair had summited and were on their descent when the injury occurred shortly after leaving the summit. Realizing that she would not be able to continue they called 911 for assistance. 25 volunteers from Pemi Valley Search and Rescue Team and 4 Conservation Officers responded to assist in the rescue. Without the many volunteers showing up on a hot humid day this rescue could have taken much longer.