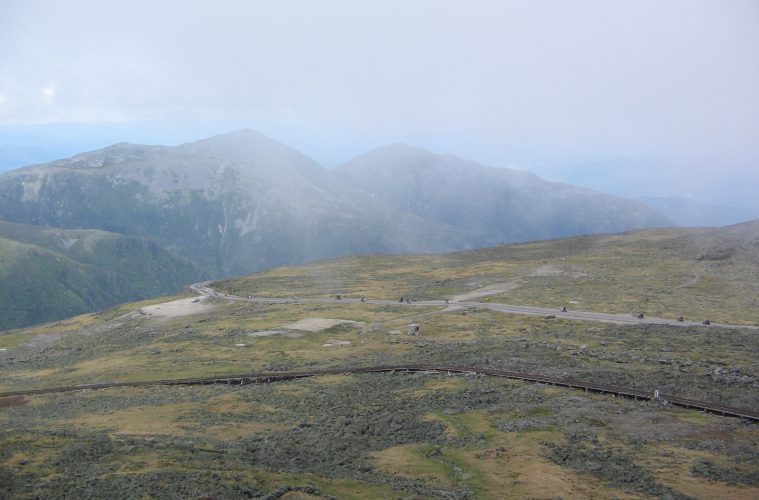 An Ohio man who was suffering from serious hypothermia on Mount Washington yesterday was saved by rescue crews.

New Hampshire Fish and Game officials say the man was found on the mountain in the fetal position and unable to speak, and rescue crews worked to keep him warm and alive while carrying him roughly 1.7 miles to safety.

James Clark, 80, of Dublin Ohio was attempting to ascend the Lion Head Trail in Sargent’s Purchase with two other family members while attempting to summit Mount Washington from Pinkham Notch Visitors Center.

Shortly after starting the hike, all members of Clark’s hiking group left him behind to hike by himself as they continued to the summit. Clark’s hiking group ultimately summited without him then hiked down a different way, reaching the Pinkham Notch Visitors Center without Clark. At approximately 7:45 pm the two family members made a call to rescue personnel, reporting that Clark was overdue, not prepared with overnight gear and did not have a cell phone or light.

Fish and Game Conservation Officers responded to the emergency call and requested assistance from the Appalachian Mountain Club.

This was the second rescue call on Mount Washington within six hours and due to the timeline and location, it was noted that Clark would have suffered the same conditions that had potentially just played a role in a hiking fatality just hours before. Below freezing with a wind-chill of 12 degrees Fahrenheit, 60 mph sustaining winds and rain with dense fog creating ice were noted on the summit earlier in the day.

AMC staff, based at Hermit Lake Shelters, started up Lion Head Trail to give assistance and attempt to locate Clark as Conservation Officers responded.

Conservation Officers drove up the Auto Road and a team of two hiked down Tuckerman Ravine Trail and then Lion Head Trail to also attempt to locate Clark. An AMC staff member located Clark on the Lion Head Trail just above the Alpine Garden Trail intersection. Clark was found in a fetal position, not moving and exhibiting what appeared to be signs and symptoms of hypothermia to the point of not being able to speak any clear or discernable words.

The AMC staff member and team of Conservation Officers stripped Clark of his wet clothes and dressed him with warm dry clothes. They then placed Clark in a sleeping bag, to warm him. At this time it was decided that Clark had to be carried out in a litter as his condition and distance from a trailhead or road crossing was too far to “piggy back.” The three rescue personnel continued to keep Clark warm and alive as volunteer rescuers were called to assist in the life saving event.

AMC staff, Androscoggin Valley Search and Rescue Team members, and more Conservation Officers responded to the call and carried in a litter with all necessary gear to Clark’s location on Lion Head Trail. The litter and crews reached Clark at approximately 1:15 am and Clark was being carried across the Alpine Garden by 1:30 am.

The rescue crew carried Clark approximately 1.7 miles to the Auto Road and arrived at 5:00 am on Friday June 14, 2019. Clark was driven down the Auto Road to a waiting Gorham Ambulance where he was transported to Androscoggin Valley Hospital for treatment of non-life threatening injuries.