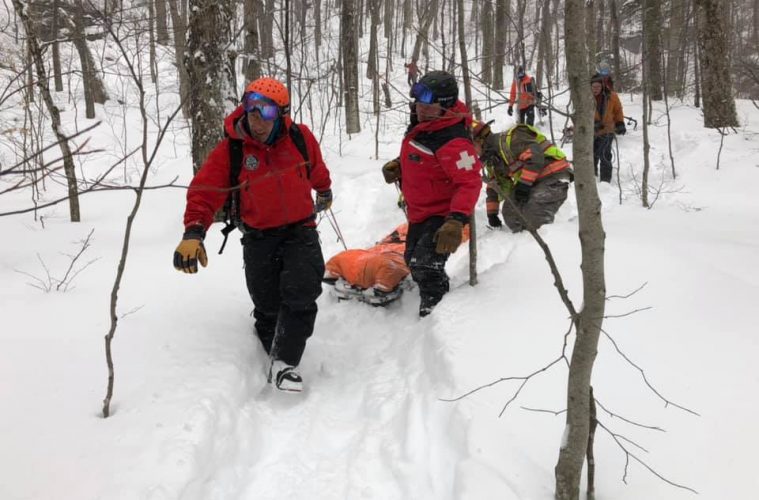 Officials are warning backcountry skiers and riders about potentially dangerous conditions after an injured snowboarder was rescued Sunday near Vermont’s Mount Mansfield.

According to a post on the Stowe Mountain Rescue Facebook page, members of the group helped pull the snowboarder out of the woods Sunday. The snowboarder reportedly struck a hidden rock, causing his fall. He then struck a second hidden rock, breaking his tibia.

Members of the Mount Mansfield Ski Patrol and Cambridge Fire and Rescue assisted in the rescue.

The Stowe Mountain Rescue post warned backcountry skiers and riders to be careful given the current conditions. They said that while snow at high elevations may seem deep, there isn’t much base near the bottom of runs.