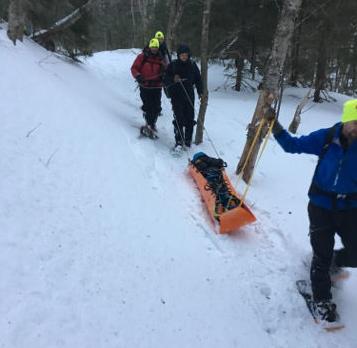 An injured skier had to be rescued on New Hampshire’s Mount Lincoln Sunday afternoon.

A cell phone call to 911 reported Lweiler had been injured shortly after 12:30 p.m. on Sunday. He was too injured to continue on his own, but a companion helped him down some of the route until rescuers from New Hampshire Fish and Game and the Pemigewasset Valley Search and Rescue Team reached him at 4:20 p.m.

Rescuers placed Lweiler in a rescue litter and transported him down the mountain, arriving at the trailhead at 5:45 p.m. His companion then took him for medical treatment.