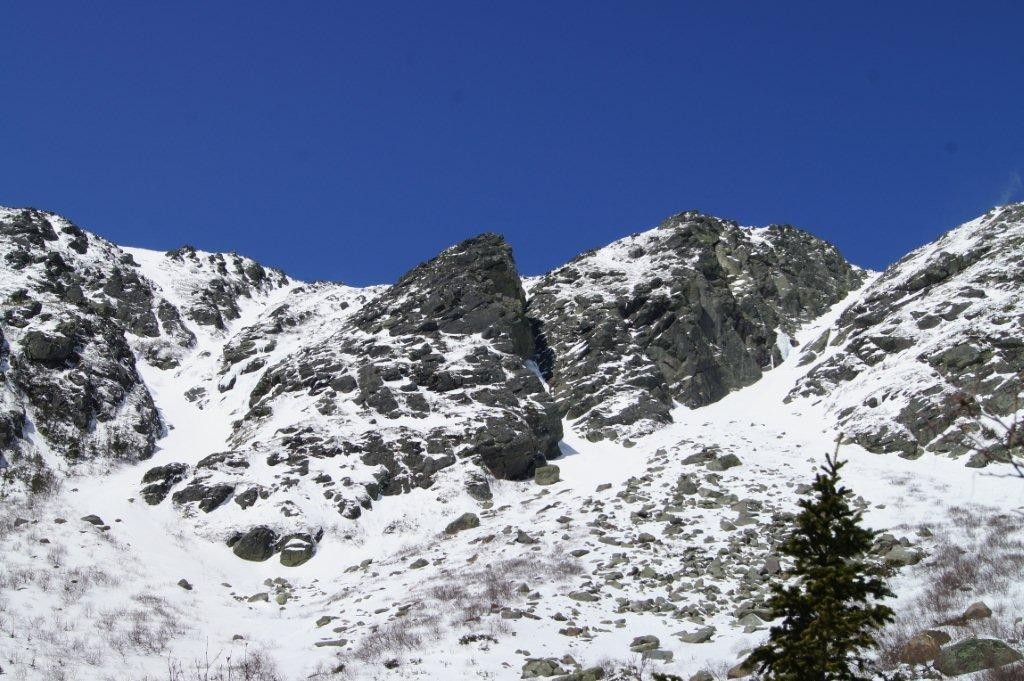 A climbing team had to be rescued on Mount Washington on Friday, February 5, after becoming disoriented in difficult conditions and sub-zero temperatures.

According to a report from the Mount Washington Avalanche Center, the team of three climbers called 911 after running into trouble on their descent when they could not find the Winter Lion Head Route.

After they climbed Odell Gully and topped out earlier in the day, visibility was reportedly low due to fog and blowing snow, and temperatures were two degrees below zero with wind gusts of 70 miles-per-hour.

Upon descending, the team reportedly lost the Alpine Garden trail and thought they’d missed intersecting the Lion Head Trail. Lost and worried about ending up in avalanche terrain, the disoriented group apparently descended into Raymond’s Cataract and later ventured to the top of Pinnacle Buttress and the Alpine Garden trail.

Two teams of rescuers were dispatched to find the climbers. At around 11 p.m., rescuers saw the climbers in a steep area north of the Raymond Cataract waterfall. They were able to lead the climbers to Harvard Cabin at 1 a.m.

“We rely heavily on visual cues to navigate and maintain our balance. Remove or reduce that sense and anyone can easily become disoriented,” stated the Mount Washington Avalanche Center report. “The disorientation experienced while traveling ‘inside the ping pong ball’ of a whiteout is something that can mislead even those with intimate knowledge of the terrain.

Read the full report of the rescue of a team of climbers on Mount Washington, and read about tips for being safe in the mountains.