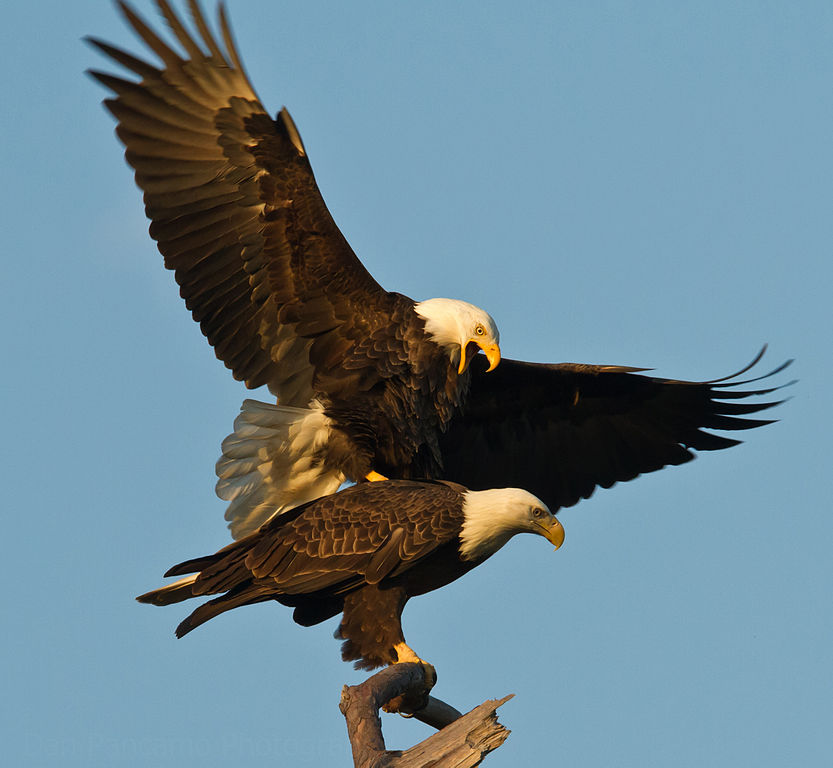 Police in Augusta, Maine responded to an unusual call on Tuesday, March 22, when they were called to a scene where two bald eagles were found on the ground entangled with one another.

According to an article on BangorDailyNews.com, the eagles were apparently grasping each other following a battle.

Video shows police draping the birds with blankets or towels. The birds then apparently let go of each other and flew away.

See the video and read more about police responding to two bald eagles entangled following a battle in Maine.