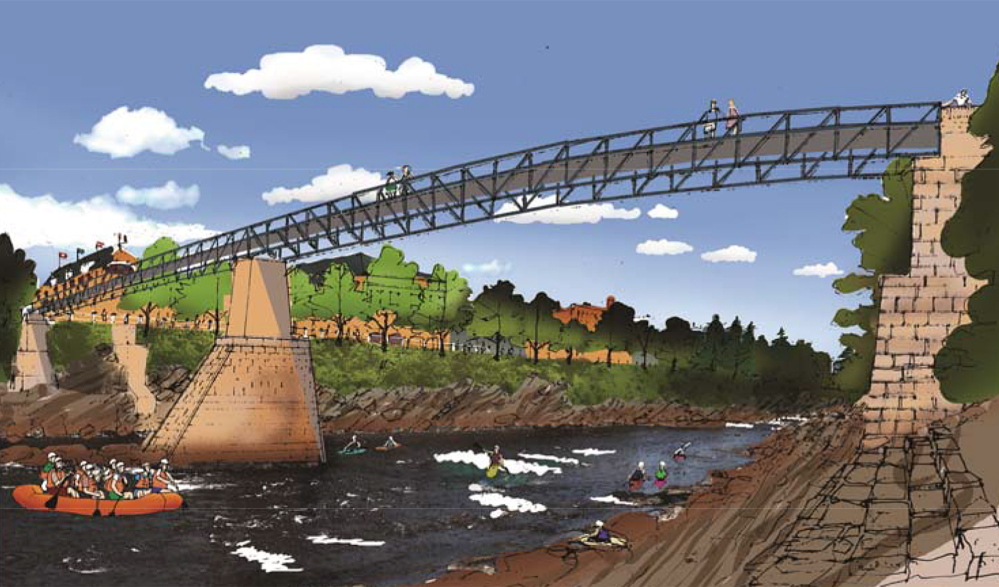 After years of planning, a proposed whitewater park in Skowhegan, Maine, is moving closer to becoming a reality, according to an article in the Kennebec Journal.

Skowhegan officials were recently presented with a digital model of the $4.3 million Run of River project, a design phase considered to be the most difficult part of the project.

Project plans call for a whitewater rafting park in the Kennebec River Gorge through downtown Skowhegan. The objective of Run of River is to create whitewater waves in three locations to attract boaters for a park-and-play destination, waves for surfers and body boarders, and a half-mile run for rafting and kayaking.

Read more about the Run of River whitewater park planned for Skowhegan, Maine.