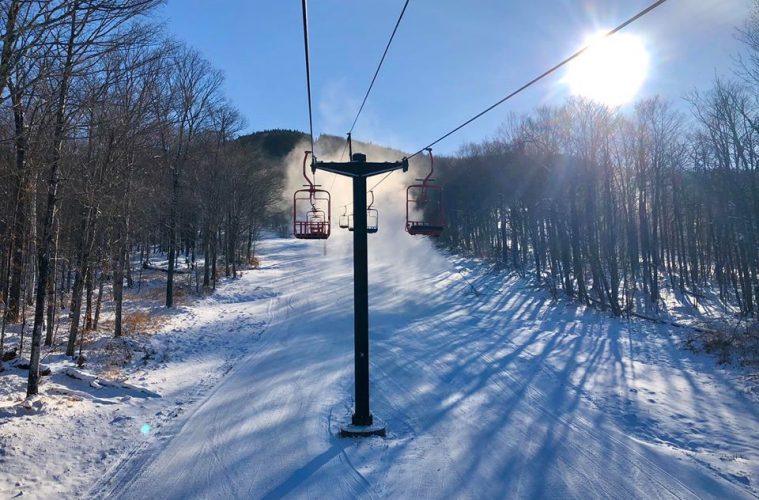 Vermont State Police arrested a New York man Friday and charged him with driving under the infuence of alcohol after he allegedly tried to drive his vehicle up a ski slope at Vermont’s Magic Mountain.

State police and officers from the Winhall Police Department responded to the resort after receiving a report of a man driving a motor vehicle from the parking lot up the ski slopes at Magic Mountain. They arrested Frederick P. Brechter, 59, of Shelter Island, New York.

According to a report on ChesterTelegraph.org, officials at Magic Mountain said Brechter was driving a Range Rover and tried to go up the Hocus Pocus ski trail. They said the vehicle left ruts in the terrain, but the resort’s groomer repaired the damage.