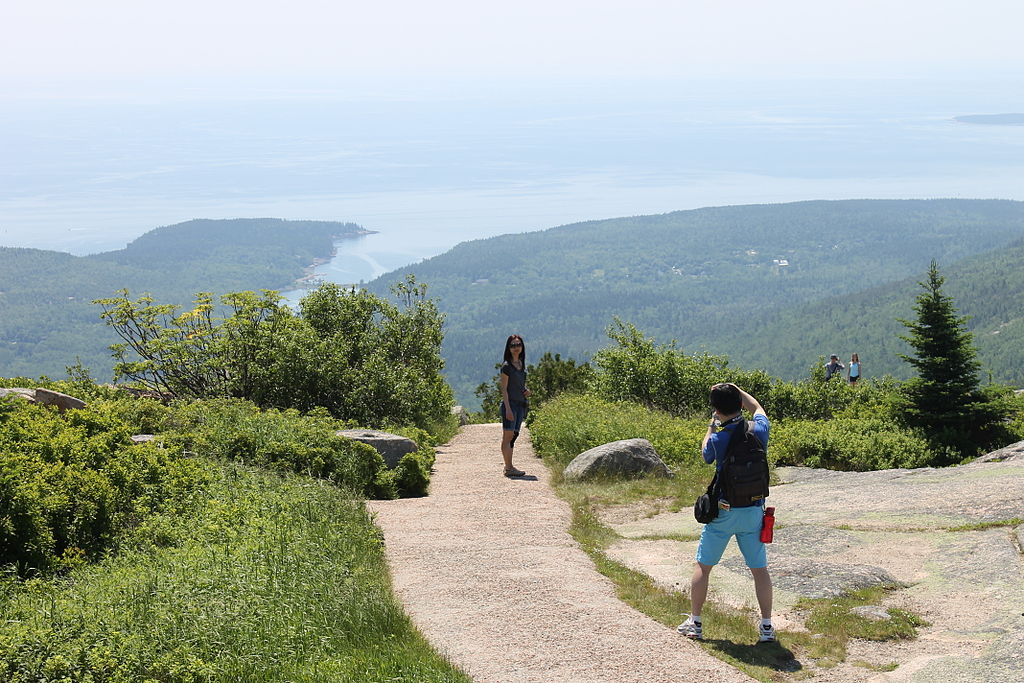 Bangor Daily News: A California man has been taken by helicopter to a Bangor [Maine] hospital after losing his footing Wednesday while posing for a photo near the top of Cadillac Mountain [in Acadia National Park], according to park rangers.

It is the fifth rescue by Acadia rangers of an injured or lost hiker in the past three days, rangers said.

The 62-year-old man injured Wednesday on Cadillac is from Santa Monica, California, rangers said. He tumbled approximately 30 feet down a steep incline around 11:30 a.m. after stepping off a paved walking path near the mountain summit, according to Ranger Richard Rechholtz. The man, who was in and out of consciousness after the fall, is believed to have sustained significant internal injuries, the ranger said.

Read about a man falling 30 feet on Cadillac Mountain in Acadia National Park.