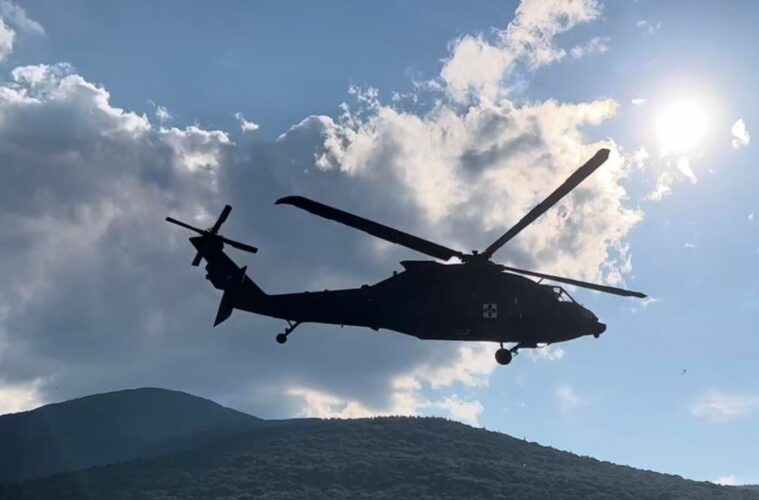 At approximately 2:30 p.m. on Sunday, New Hampshire Fish and Game Conservation Officers were notified of a hiker suffering from a reported medical emergency on the summit of New Hampshire’s Mount Pierce.

The hiker, identified as John Swindlehurst, age 60, of Walpole, Massachusetts, had hiked up Crawford Path to the Mizpah Springs Hut and ultimately made it to the summit of Mount Pierce when his condition suddenly deteriorated.

Upon being notified of the incident, conservation officers, along with volunteers from the Appalachian Mountain Club (AMC) responded to assist with the rescue effort. At 3:47 pm, AMC personnel from the Mizpah Springs Hut arrived on scene and provided a patient assessment. Due to the nature of the medical emergency, a call to the New Hampshire Army National Guard was made requesting an emergency helicopter evacuation.

A flight crew was organized in Concord and they flew up to facilitate the emergency medical evacuation. At 5:45 pm, the Blackhawk Helicopter made a technical landing on the summit of Mount Pierce and rescue personnel assisted Swindlehurst into the helicopter. Immediately after loading the patient into the helicopter, he was flown Littleton Regional Healthcare (LRH) for further medical evaluation and treatment, arriving at 6:15 pm.

Officials said Swindlehurst was hiking with a group and was extremely prepared. He reportedly had purchased a Hikesafe Card, had all of the essential gear required for a summer day hike and had previously hiked nearly half of New Hampshire’s 4,000-foot peaks.

Officials said this incident serves as a reminder to always hike with a companion or group when recreating in the mountains. Medical emergencies can happen regardless of whether you are prepared and have a plan. Having another person to rely on and work with in the event of emergency can make all the difference.