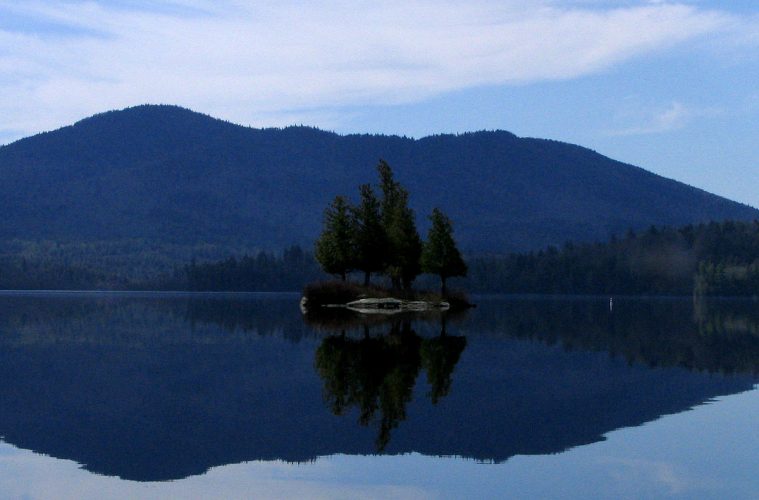 According to New York Department of Conservation officials, a man and woman from Schenectady called 911 at 11:40 a.m. on Sunday to report they were stranded by severe winds near Hungry Bay on Middle Saranac Lake and were unable to safely paddle back to South Inlet.

While forest rangers Peter Evans and Scott Sabo were using a motorboat to search for the couple, a second pair of paddlers from Philadelphia called 911 to report they had also become stranded nearby.

The rangers located both couples and returned them to South Inlet. The rangers then retrieved their gear and boats. The paddlers were safely at their vehicles with their boats and gear by 4 p.m.

The following is a report of other search and rescue missions conducted by New York DEC forest rangers between July 16 and July 22, 2018.

Town of North Elba
Essex County
Wilderness Rescue: On July 17 at 7:22 a.m., DEC’s Ray Brook Dispatch received a request to assist a 60-year-old Binghamton woman in medical distress at a camping area one mile above Marcy Dam. When the Marcy Dam Caretaker arrived at the subject’s location, the woman was alert but unresponsive to questions. At 8:35 a.m., Ranger Kevin Burns and a backcountry medic were inserted at Marcy Dam by New York State Police helicopter and reached the woman within 15 minutes. Additional Rangers were inserted to safely carry the woman to Marcy Dam for extraction by helicopter. By 10:30 a.m., the subject was in the helicopter and transported to Adirondack Medical Center in Saranac Lake for treatment.

Town of Black Brook
Clinton County
Wildland Search: At 7:02 p.m. on July 18, Ray Brook Dispatch received a call reporting two overdue hikers separated from their group of five while hiking the Loop Trail around Taylor Pond. A 30-year-old man and 9-year-old girl from South Carolina fell behind while hiking. As the day got late, the caller felt concerned about the well-being of the inexperienced hikers once they lost radio contact at the far end of the lake. Forest Rangers David Russell and Peter Evans were dispatched to the scene with a motorboat and an ATV. By 9 p.m., the two hikers were out of the woods and in good condition at their camp at the Taylor Pond Campground.

Town of Hunter
Greene County
Wilderness Rescue: On July 19, a 28-year-old Holbrook woman fell on the Kaaterskill Falls Trail and was unable to walk back to her car. Three Forest Rangers assisted the Haines Falls Fire Department, Tannersville Rescue, Catskill Ambulance, and Greene County Paramedics treat and carry the woman to an ambulance. The injury required hospital treatment.

Town of Lake George
Warren County
Wildland Search: At 6 p.m. on July 19, a 42-year-old Hicksville man and 43-year-old Massapequa woman reported to 911 they were disoriented while hiking in the Shelving Rock Area along the eastern shore of Lake George. One Forest Ranger teamed up with a Lake George Park Commission Patrol Boat and located the pair along the shoreline. With a few simple directions, the two were able to walk back to their vehicle. Once at their car at 8:45 p.m., the pair called the Ranger to confirm they were safe and on their way home.

Town of Elizabethtown
Essex County
Wildland Search: At 9:30 p.m. on July 20, a 31-year-old Elizabethtown woman reported to 911 that she and her three children, ages 13, 9, and 5, were lost on Blueberry Mountain. A Forest Ranger responded to her cell phone coordinate location and found the group by 10:20 p.m. Within 20 minutes, the Ranger had the family out of the woods with no need for medical care.

Town of Windham
Greene County
Wilderness Rescue: On July 21, Greene County 911 was notified that a 32-year-old Earlton woman hit her head on the beam inside the Elm Ridge Lean-to and was semi-conscious. Local first responders and three Forest Rangers responded to the lean-to and conducted a rescue carry to a Med-Flight helicopter that then transported her to an Albany hospital.