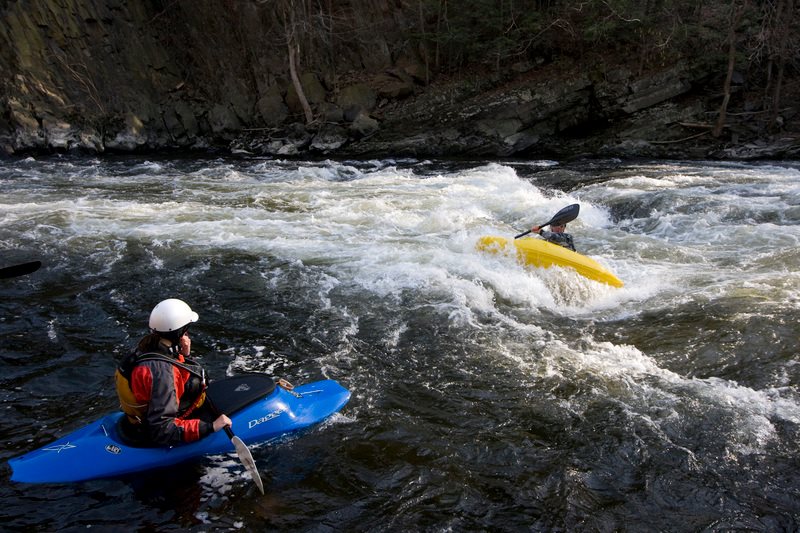 Paddling advocates in Connecticut are hoping to protect the Lower Farmington River and Salmon Brook from harmful dams and diversions.

Officials with the national advocacy group American Whitewater recently said they are working with groups in Connecticut to designate sections of the rivers – including Tariffville Gorge – as Wild and Scenic.

American Whitewater’s Northeast Stewardship Director Bob Nasdor says the Tariffville Gorge section on the Lower Farmington is a popular whitewater paddling destination. It’s also the location for the Whitewater Triple Crown, which draws elite national whitewater competition in wildwater, slalom and freestyle. Nasdor says designating these sections of the river as Wild and Scenic would protect them from future efforts to dam, divert or pollute the rivers.

To illustrate the threats to the rivers, Nasdor points to a recent attempt by the University of Connecticut to divert some flows from the Farmington for its own water needs.

Nasdor says American Whitewater is hoping Connecticut paddlers will contact their representatives to encourage them to designate these river sections as Wild and Scenic. He says paddlers who live in Congressional Districts 2, 3, or 4, should contact Congressmen Joe Courtney (District 2 – 202-225-2076), Rosa DeLauro (District 3 – 202-225-3661), or Jim Himes (District 4 – 202-225-5541) and urge them to support the reintroduction of legislation to protect the Lower Farmington River and Salmon Brook.

Paddling Rule Gets Overturned in RI