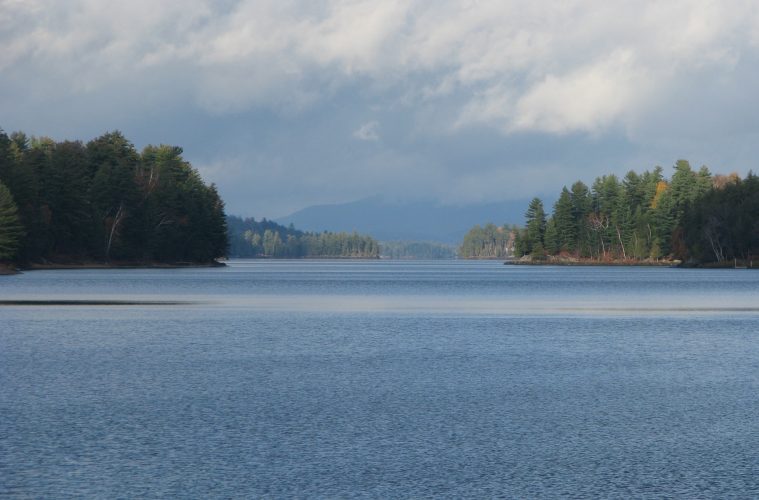 Forest rangers in New York rescued an overturned kayaker who was struggling in the water on Long Lake on Saturday.

At 10:28 a.m. on Saturday, October 10, New York Department of Environmental Conservation officers received a call from a passerby on Long Lake reporting three kayakers had overturned their boats. Two of the kayakers righted themselves, but a third was struggling in the water.

Rangers arrived on the scene and were able to get the 35-year-old man from the Bronx out of the water and to shore, where they treated him for moderate hypothermia. They then took the man back to his vehicle, where he refused further medical treatment.

The following are a list of highlights of other search and rescue missions conducted by New York Department of Environmental Conservation Forest Rangers between October 5 and 12.

Town of North Elba
Essex County
Wilderness Rescue: On Oct. 5 at 7:45 p.m., Essex County 911 transferred a call to DEC’s Ray Brook Dispatch reporting two hikers lost off the Street and Nye Mountains Trail in the High Peaks Wilderness Area. Forest Ranger Lewis responded and located the hikers from Rochester at 9:51 p.m. before starting the trek back to the trailhead. At 11:18 p.m., Ranger Lewis and the couple arrived back to the trailhead at the Adirondak Loj and were cleared from the scene.

Town of Newcomb
Essex County
Wilderness Rescue: On Oct. 6 at 2:30 a.m., DEC’s Central Dispatch received a call reporting a couple that were overdue from a hike in the Santanoni Range. The caller indicated he did not think they had the proper gear for an overnight stay. Forest Ranger Quinn responded and located the hikers from Schenectady at 7:09 a.m. The hikers explained that they ran out of light before darkness fell and built a fire to spend the night. Ranger Quinn and the hikers proceeded back to the trailhead and by 9:30 a.m., the incident concluded.

Town of Black Brook
Clinton County
Wilderness Rescue: On Oct. 6 at 5:24 p.m., Franklin County 911 transferred a call to DEC’s Ray Brook Dispatch from lost hikers from Watertown on Catamount Mountain. The hikers were descending from the summit when they lost the trail and found themselves on ledges. Forest Rangers Evans and Russell responded to assist. With conflicting coordinates given by 911 and a hiker’s cell phone mapping application, Ranger Russell requested the hikers contact 911 again. Rangers ultimately made voice contact with the hikers at 8:39 p.m. and located them shortly thereafter. The hikers were assisted off the ledges and escorted back to the trailhead.

Town of Tupper Lake
Franklin County
Wilderness Rescue: On Oct. 11 at 12:54 p.m., DEC’s Ray Brook Dispatch received a call from a group of hikers on Coney Mountain in the Horseshoe Lake Wild Forest, reporting a hiker with a head injury. Forest Ranger Evans responded along with Assistant Forest Rangers Wroughter and Bowler. At 1:56 p.m., they located the 61-year-old woman from Tupper Lake, began treating her injury, and escorted her out of the woods. At 3:38 p.m. Rangers turned the injured hiker over to the Tupper Lake Rescue Squad for transportation to a local hospital for further medical attention.

Town of North Elba
Essex County
Wilderness Rescue: On Oct. 12 at 1:45 p.m., DEC’s Ray Brook Dispatch was notified that Assistant Forest Ranger Leff was with a 17-year-old hiker from Schenectady on the Algonquin Trail in the High Peaks Wilderness who was suffering from slight hypothermia and asthma. Rangers LaPierre and Mecus responded to assist. AFR Leff gave the hiker warm clothes, food, and water and they proceeded to slowly begin hiking back down the trail. At 4:07 p.m., Rangers LaPierre and Mecus met up with them on the trail and did an additional medical assessment of the hiker. At 4:58 p.m., they were off the mountain and back at the Adirondak Loj where Ranger LaPierre contacted the hiker’s family.