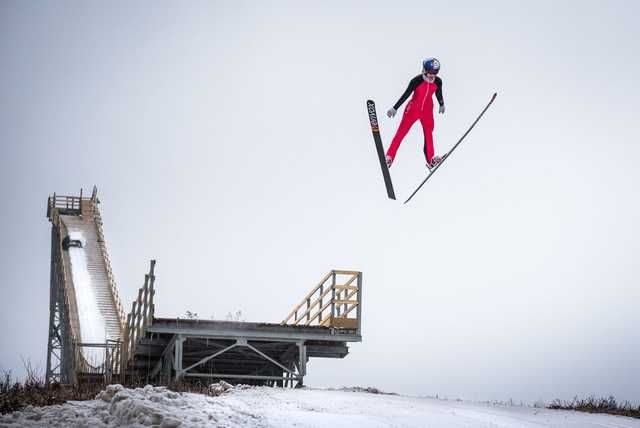 According to an article on UnionLeader.com, Team USA ski jumper Sarah Hendrikson, 22, and junior team member Anna Hoffmann, 16, capped a collaboration between Red Bull and the state of New Hampshire to rehabilitate the jump, locally known as the “Sleeping Giant.”

Red Bull approached the state in 2015 about doing an event that paralleled the restoration and temporary reuse of the Nansen Ski Jump – which opened in 1937 and held the first U.S. Olympic jumping trials in 1938 as well as four national championships. The event also announces loudly Olympian Hendrickson’s return to competition this season and her New Hampshire roots.