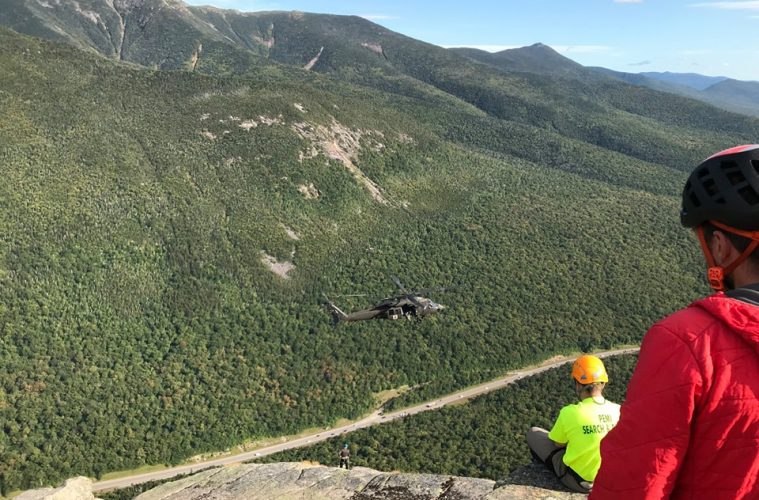 New Hampshire Fish and Game officials reported that at 11:30 a.m., they were notified by the International Emergency Response Coordination Center that an emergency beacon had been activated in the Franconia Notch area.

Conservation officers got the coordinates, which put the beacon on Cannon Cliffs. Officers responded to the area and learned a 20-year-old male was climbing on Cannon cliffs and had fallen approximately 50 feet.

The climber was unconscious and stuck on a ledge just over half way up the cliff.

The Pemigewasset Valley Search and Rescue team was notified and Mountain Rescue Service (MRS) was also called for their expertise with rock climbing and technical rescues. A National Guard Blackhawk Helicopter was also requested.

Teams utilized the Cannon Mountain Tram to get climbers and gear to the summit. At approximately 4 p.m., the National Guard Helicopter arrived and was able to safely lower a medic 160 feet from the helicopter to the injured climber. The climber was loaded into a litter and hoisted into the helicopter. The victim was flown from the cliff directly to Dartmouth Hitchcock Medical Center for treatment.

The victim’s name is not been released.