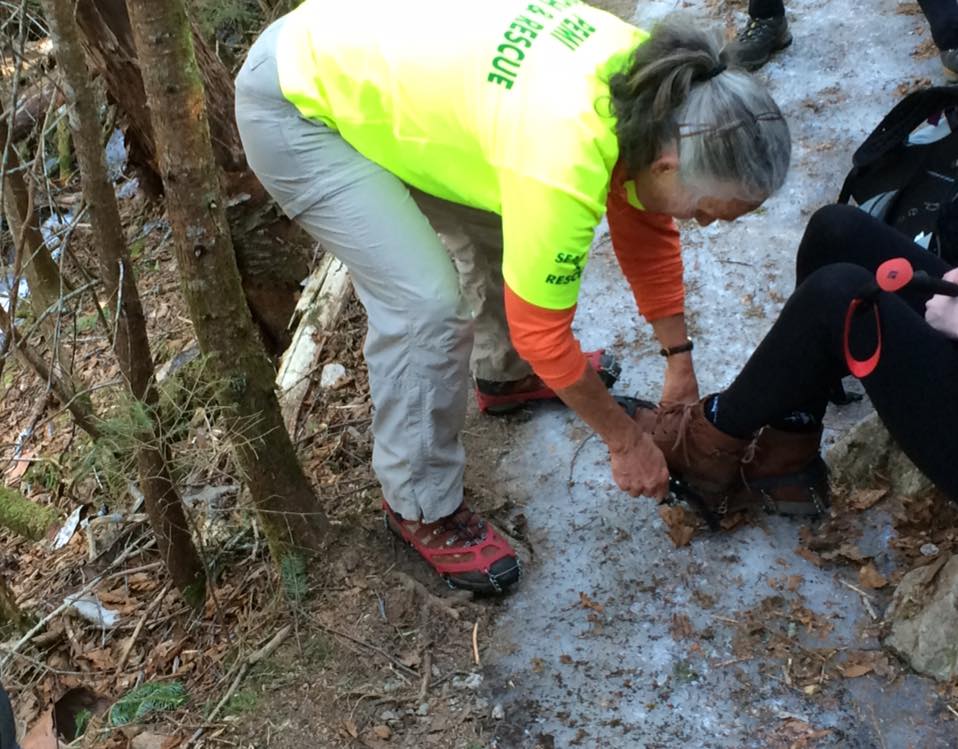 Volunteers with the Pemigewasset Valley Search and Rescue Team responded to the Falling Waters Trail early Sunday morning after they received a report of a hypothermic hiker.

The hikers, Nick Forti, 23, of Tewksbury, Massachusetts, and Lauren Snively, 24, of Dorchester, Massachusetts, had reportedly started their hike the day before with the intention of camping out. Due to the cold overnight, they wanted to come back down but thought it would be too dangerous because of icy trail conditions and their lights were not working. The camped overnight on ice near Shining Rock with one sleeping bag and no pad. According to members of the Pemigewasset Valley team, Snively described it as the worst night of her life and she thought she was going to die.

In the morning, Forti was reportedly behaving lethargically and fell several times. At around 8:30 a.m., Snively called for help. By coincidence, members of the Pemigewasset team were hiking in the area and responded. Rescuers stayed with the hikers, provided them with food, gloves, hand warmers and micro spikes, and walked them to the parking lot at 11:30 a.m.

In another incident on Sunday afternoon, rescuers helped James Graziano of Moriches, New York, after he was unable to continue hiking. He’d reportedly injured himself after sliding down an icy trail in Bethlehem the day before.

Rescuers also assisted Matt Hickey, 31, of Thornton, New Hampshire. Hickey was reportedly injured when a rock, likely dislodged by a thaw, struck him in Franconia. He was evaluated at a local hospital.