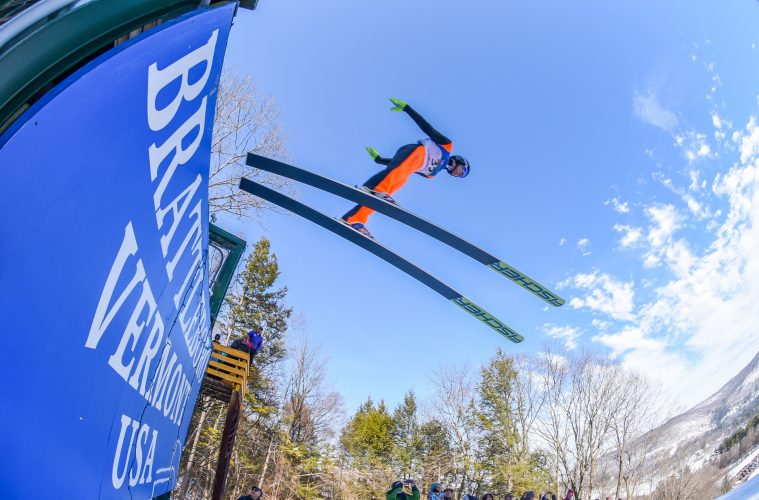 World class ski jumpers from around North America and Europe will descend on Brattleboro, Vermont this weekend for one of the Northeast’s most exciting events of the winter.

The annual Harris Hill Ski Jumping Competition will celebrate its 98th year on February 15 and 16. Jumpers hit speeds of 60 miles per hour and soar more than 300 feet in the air off of New England’s only Olympic-size, 90-meter jump. 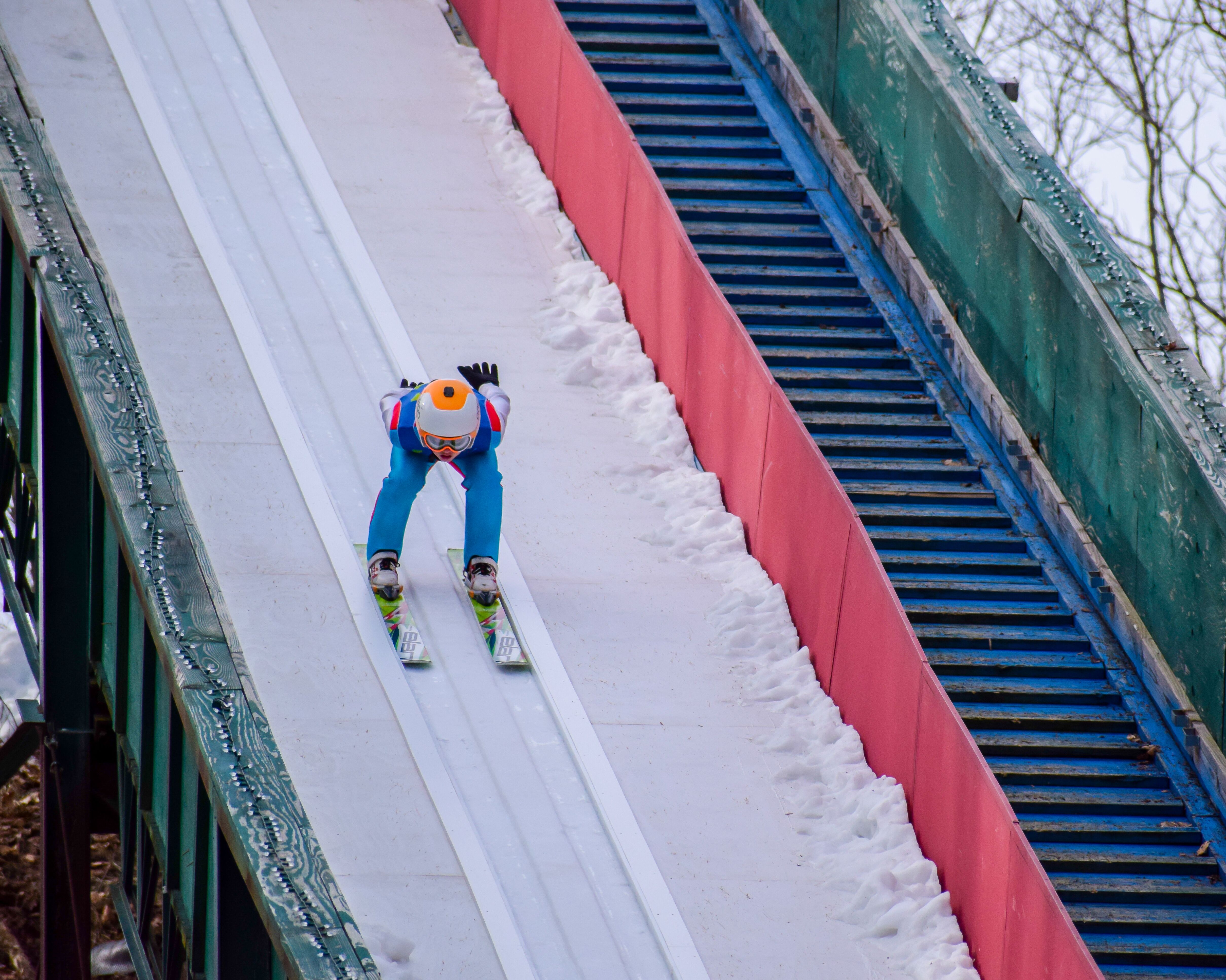 The event is popular among spectators for its festive atmosphere featuring food, music, souvenirs and a beer tent. Harris Hill has a snowmaking system, so the event will take place regardless of ground cover in surrounding areas.

The Harris Hill Ski Jumping Competition is a celebrated Brattleboro tradition that dates back to 1922.
Harris Hill was the vision of Fred Harris of Brattleboro who founded the Brattleboro Outing Club and the Dartmouth Outing Club. Only an occasional snow drought, World War II and a three-year hiatus to rebuild
the jump (from 2006 to 2008) have interrupted the annual tradition. 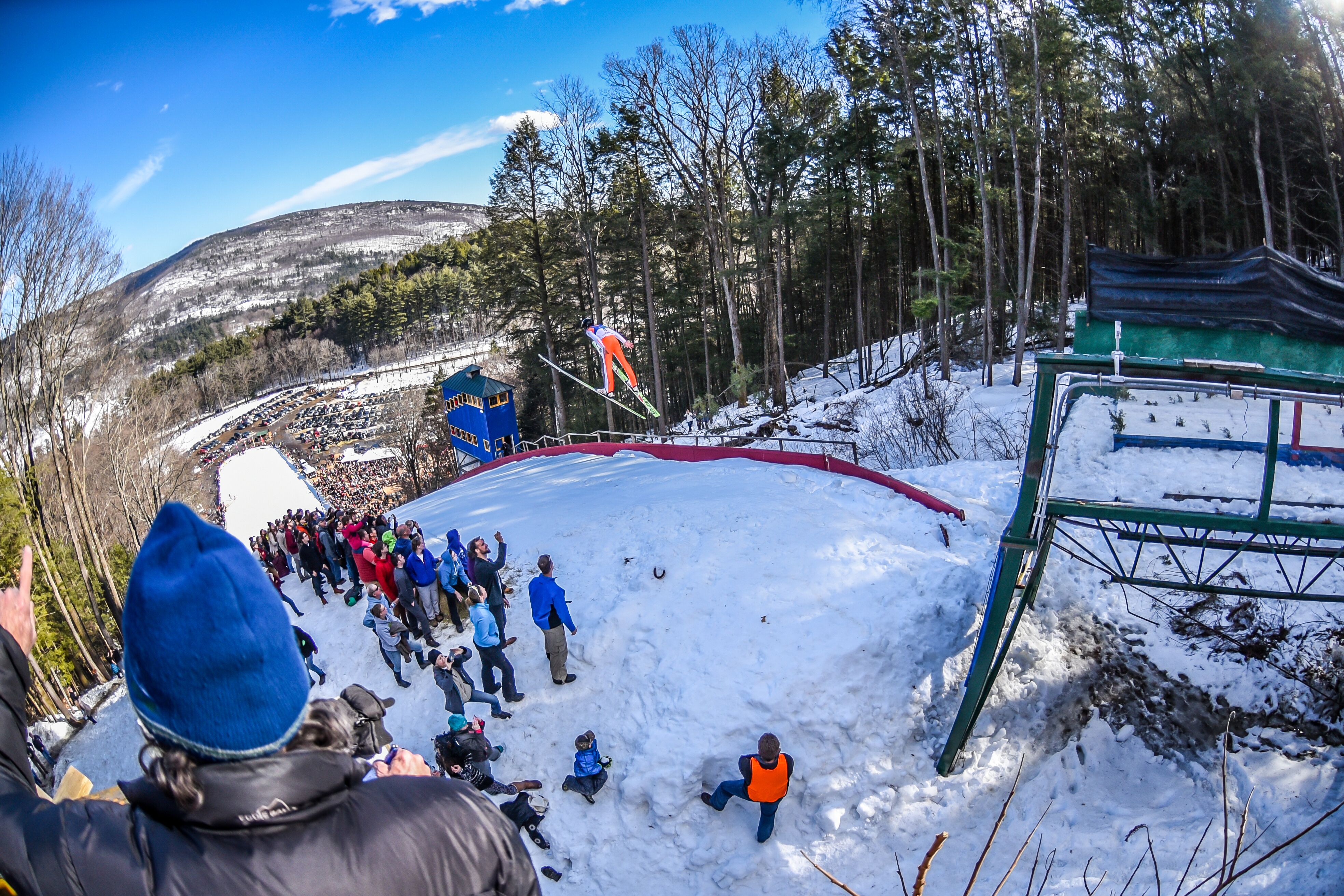 Harris Hill’s reputation for organizing first-class tournaments dates back to 1923 when the hill was the site of the National Ski Jumping Championships. It has been the site of 18 national and regional championships. The most recent was in 1992 when Brattleboro hosted the National Championships. In 2009, ski jumpers from the U.S. and Europe competed at the grand re-opening of the hill to the cheers of a record-setting crowd of approximately 6,500 spectators.

This year, gates will open each day at 10 a.m., with practice jumps taking place before competition begins at 12:15 p.m. 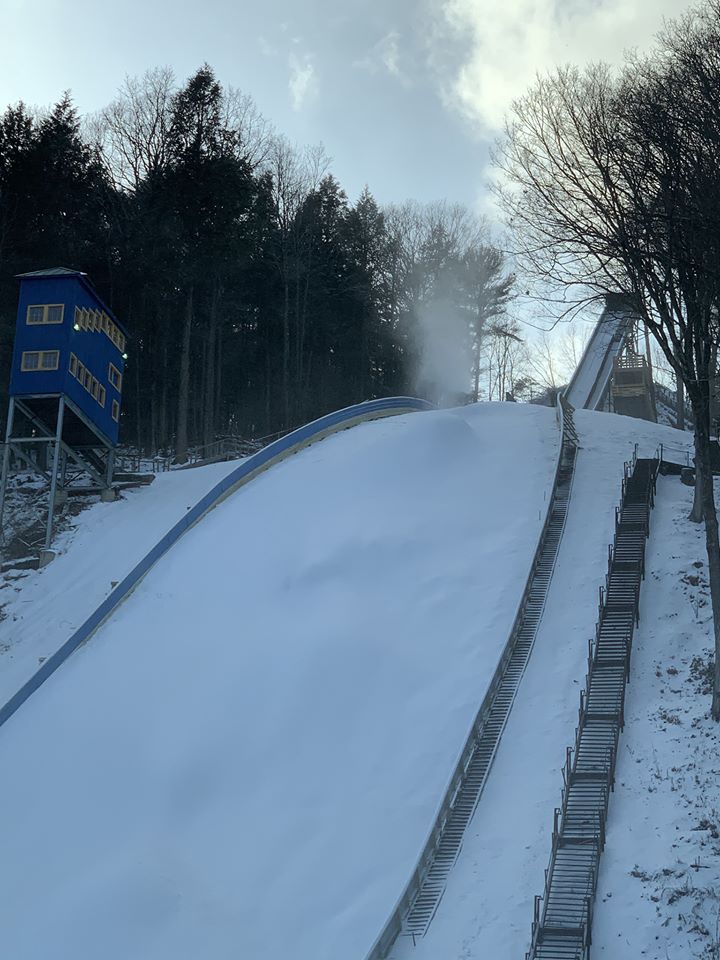