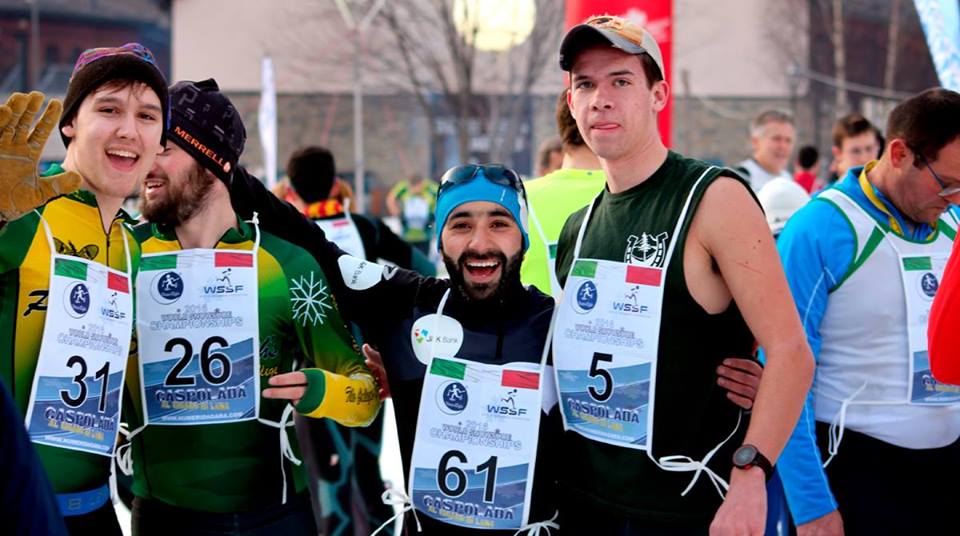 Indian Snowshoer Tanveer Hussain, center, Number 61, at last year's Snowshoe World Championship in Italy. Hussain and another snowshoer from India have been denied visas to the U.S. (Tanveer Hussain Photo)

Snowshoers planning to compete in championships in NY denied visas

Indian Snowshoer Tanveer Hussain, center, Number 61, at last year’s Snowshoe World Championship in Italy. Hussain and another snowshoer come from a predominantly Muslim part of India and have both been denied visas to the U.S. (Tanveer Hussain Photo)

Two Indian snowshoers who planned to travel to the U.S. to compete in the Snowshoe World Championships in Saranac Lake, New York in February have been denied visas. And some believe it may be because of a connection between President Donald Trump’s recent travel ban and the heavily-Muslim region they come from.

According to an article on AdirondackDailyEnterprise.com, snowshoers Abid Khan and Tanveer Hussain took up snowshoeing about three years ago in the Himalaya mountains, where they live, and competed in their first world championships last year in Italy. This would have been their first trip to the U.S.

On Tuesday, after travelling more than 500 miles to the U.S. Embassy in New Delhi, they were surprised when an embassy officer told them that “due to our current policy we can’t issue you a visa.” The officer gave no further explanation.

It’s unclear why Khan and Hussain were denied visas, given that India isn’t included in President Trump’s immigration ban. However, the area where they live is about 90 percent Muslim, according to Khan.

Read more about two Indian snowshoers being denied visas to travel to the U.S. to compete in the Snowshoe World Championships in New York.