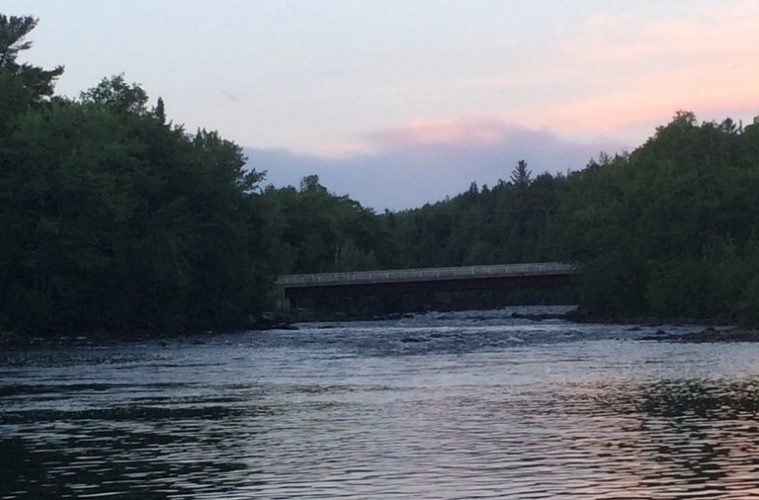 According to New Hampshire Fish and Game officials, two paddlers capsized their canoe on the east side of the river roughly two miles north of the Seven Islands Bridge at around 3 p.m. The paddlers – Lenie Fraiman, 46, of Lincoln, Massachusetts and her 12-year-old niece – were unable to free the canoe of water and became stranded. Campers in the area observed the incident and called for help.

As a result of the call for help, personnel from Errol Fire and Rescue, as well as New Hampshire Fish and Game Department conservation officers, responded to the scene. After spotting the two from a campsite, members of the Errol Fire Department hiked through the woods from a nearby logging road and contacted the paddlers. The two were uninjured and were subsequently led out of the woods to a waiting vehicle. The rescue party then responded to the staging area at Seven Islands Bridge, arriving there safely at 4:20 p.m.

While interviewing Lenie Fraiman about the incident, officers learned that another member of her paddling group had gone to retrieve her canoe and was expected to paddle it down the river to the Seven Islands Bridge. Wanting to make sure that all parties were accounted for, the officers and a volunteer remained on the scene pending the arrival of the additional paddler.

At approximately 4:45 p.m., an overturned and unmanned canoe was observed floating down the river toward the bridge. An officer immediately jumped into a canoe and began paddling up the river searching for the missing paddler. Additionally, a volunteer began searching the riverbank adjacent to the overturned canoe. As the search began, campers arrived on scene and related to a second officer that the missing paddler was fine but stranded at the location of the initial incident.

A conservation officer responded by vehicle to the area indicated by the campers and saw Richard Fraiman, 69, of Lincoln, Massachusetts, standing on the opposite bank of the river. Using a borrowed canoe, the officer was able to paddle to Fraiman and bring him back to a campsite adjacent to Route 16. He was reportedly uninjured. The waterlogged canoe had gotten away from Mr. Fraiman during the initial recovery effort, floating away and leaving him stranded on the bank of the river. Taking the advice of area campers, Mr. Faiman had decided to stay put and not try to swim back across the river.

By 5:20 p.m., all of the involved paddlers had been safely returned to their vehicles and all missing gear located.