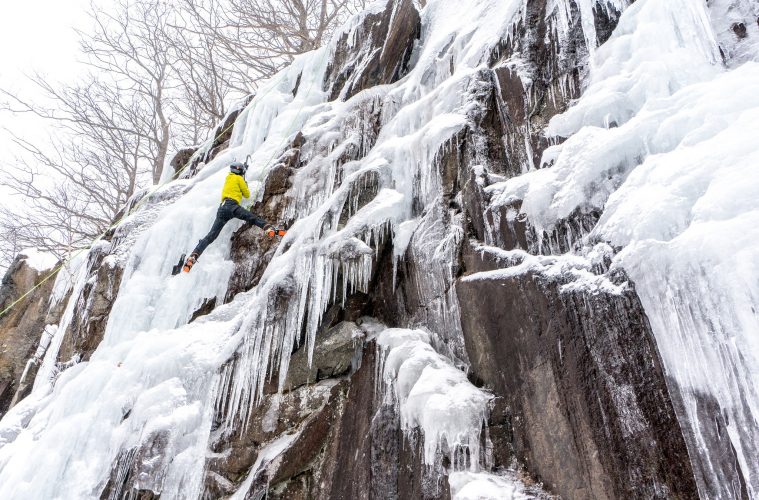 The thrill and challenge of ice climbing in NH

ConcordMonitor.com: Chuck Monjak was partway up his first-ever attempt at a nearly vertical ice formation when he found himself in a terrifying predicament. With his weight supported by only the tips of his crampons, he had to figure out how to get around a bulging column of ice.

He thought about giving up. But he kept his cool.

“It’s both an adrenaline rush and it’s a puzzle-solving test. A lot of engineers, technical people get into this because of the problem-solving abilities necessary to do vertical ice,” said Monjak, an optical systems engineer for a semiconductor firm.

If the location’s name where Monjak was learning to ice climb didn’t evoke a sense of horror – Frankenstein Cliff – then one look at the route he was attempting certainly did.

Read about the adrenaline rush and puzzle-solving challenge that is ice climbing in New Hampshire.