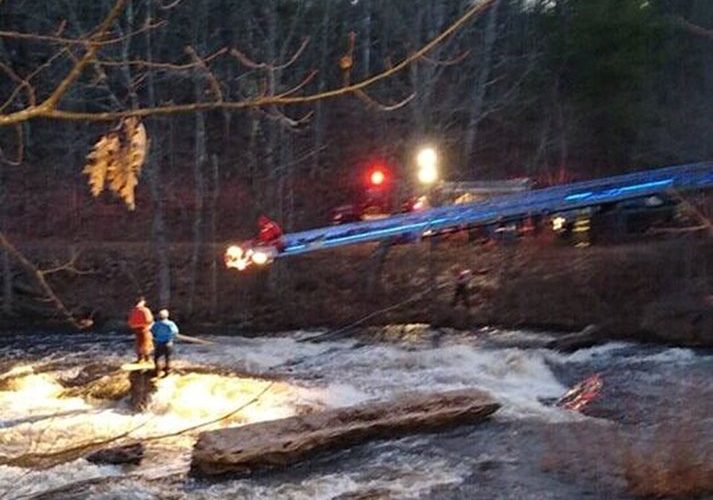 According to a report on CentralMaine.com, the two men were paddling the swollen, fast-moving river late Saturday afternoon when their canoe struck a rock. When the men realized they were about to become stuck, they pulled themselves up onto the rock just as their canoe collapsed and folded around it.

When firefighters arrived on the scene, they realized they couldn’t do a boat rescue because of the danger presented by the raging water and rocks.

Instead, they brought in a ladder truck and crew. They extended the ladder out to the rock, then a firefighter went out to the end of the ladder and guided the two canoeists to safety.

The paddlers were wearing flotation devices. However, fire officials said they don’t recommend canoeing when the river is as high as it is.