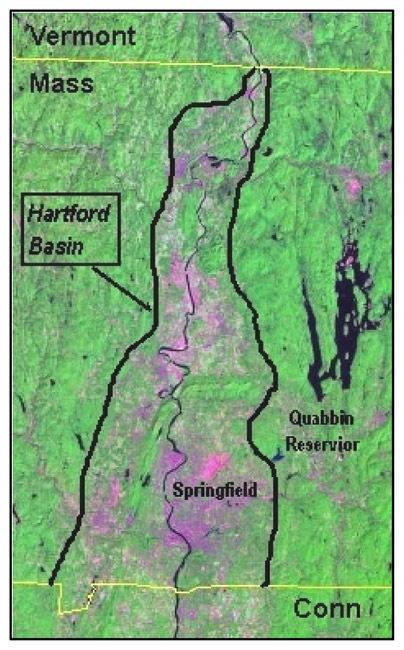 Fracking – the controversial method of extracting gas from the earth that has become a hot-button issue among environmentalists who worry it’s a threat to clean water and the environment – may be coming to Western Massachusetts.

According to an article in the Boston Globe, the Pioneer Valley – surrounding the Connecticut River in Western Massachusetts – holds limited deposits of shale gas. And representatives of the industry-supported group American Ground Water Trust say small-scale gas development could begin in several years.

But local environment groups are already mobilizing to combat fracking efforts in the region. Hydraulic fracturing, or fracking, is the highly controversial method of injecting pressurized water mixed with chemicals and sand deep within the earth to extract reserves of natural gas trapped in rock.

Some worry that gas and chemicals can seep into drinking water and groundwater, threatening local populations and the environment. And, according to the U.S. Geological Survey, fracking can also cause small earthquakes.

The practice has met stiff opposition. After a contentious battle, New York recently adopted a moratorium on fracking until it can create rules for the process. Internationally, France and Bulgaria has banned the practice, while the United Kingdom and Romania have suspended it.

You can learn more about fracking here.