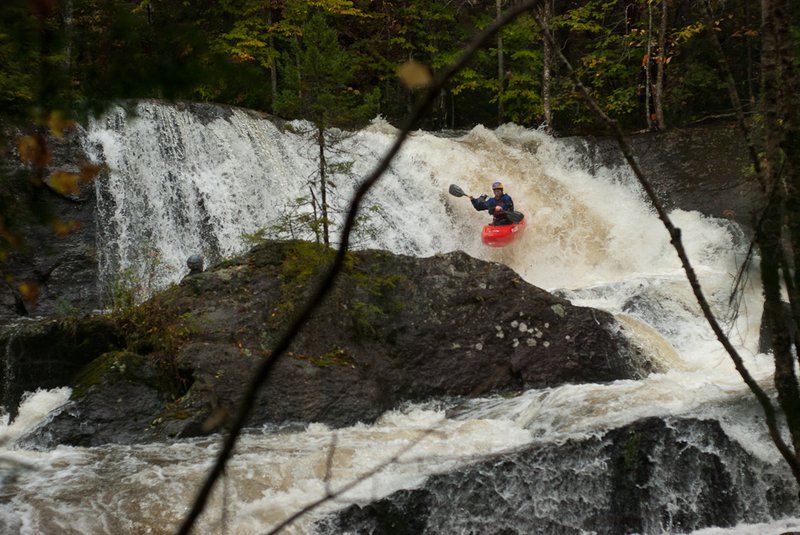 A proposal by Vermont officials would eliminate all scheduled whitewater releases on the Green River for the next 40 to 50 years. It would also reduce the river’s flow, decreasing natural paddling opportunities on the river.

But whitewater advocates are urging paddlers to oppose the plan at a scheduled public hearing on February 16 or in written comments by February 19.

According to the paddling advocacy group American Whitewater, Vermont has issued draft conditions for the relicensing of the hydropower project on the Green River that would drastically limit naturally occurring boatable flows and eliminate all opportunities for scheduled whitewater boating releases for the next several decades. In its Draft Water Quality Certification for the Morrisville Project, the Vermont Agency of Natural Resources proposes to mandate flows that would eliminate 50 percent of naturally occurring boatable flows by flattening out the variable flows on the Green River.

Robert Nasdor, American Whitewater’s Northeast representative, says these flows would also damage the aquatic habitat in the reservoir and downstream from the dam in Morrisville. In addition, officials propose banning any scheduled boating releases without any showing of harm. But Nasdor says whitewater boating on the Green River is an existing use that the state is required to protect.

Nasdor says the Green River debate is important for paddlers all across New England, as this particular license and outcome will set a precedent for all Vermont Water Quality Certifications going forward.

“Ultimately, this is our fight to lose, so we will need to fight it,” says Nasdor. “The Green is just too good to just give away.”

The public hearing on February 16 is scheduled for 7 p.m. at Morrisville Elementary School in Morrisville, Vermont. Written comments will be accepted until February 19 and should be addressed to Jeff Crocker (Jeff.Crocker@vermont.gov) “Comments on the Draft Water Quality Certification for the Morrisville Project, Green River Development, FERC Docket P­-2629.” American Whitewater asks that you copy bob@americanwhitewater.org and mainer.michael@gmail.com on written comments.

To learn more about the debate over whitewater releases on Vermont’s Green River, visit The Vermont Padders’ Club or American Whitewater.