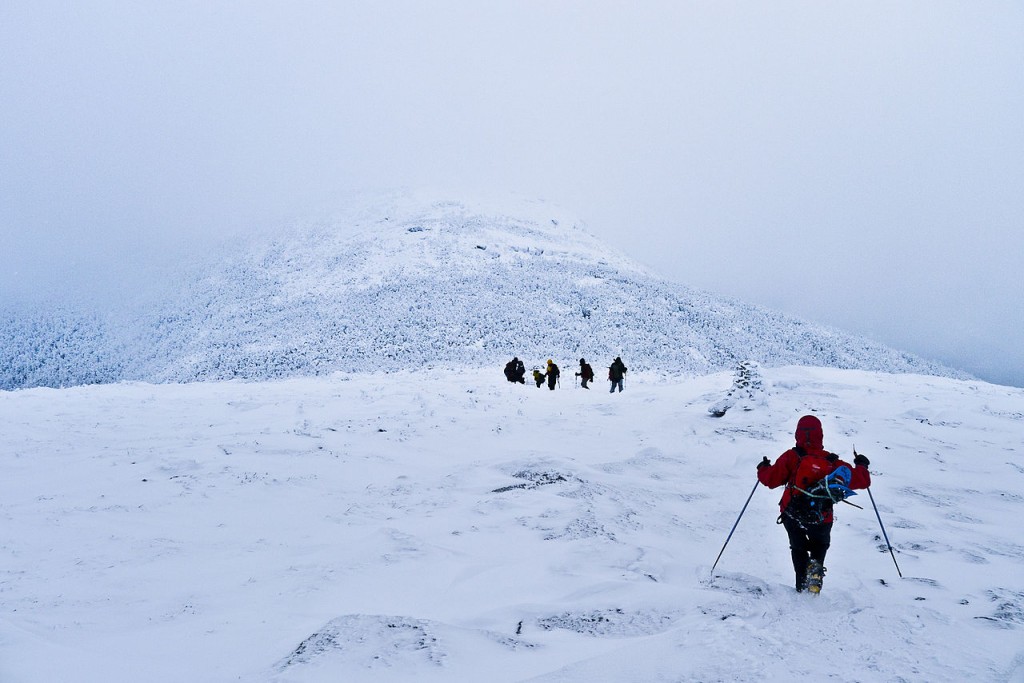 New York Department of Environmental Conservation forest rangers rescued a lost hiker who had activated a personal locator beacon near the summit of 5,115-foot Algonquin in the High Peaks Region of Adirondack State Park on Saturday, December 6.

At 4:23 p.m., a supervisor at the 1st Air Force contacted DEC Ray Brook Dispatch and reported the activation of a personal locator beacon with coordinates near the summit of Algonquin at 3:55 p.m. A 21-year-old male from Vestal, New York left the Adirondack Loj at 11 a.m. to hike Algonquin. While at the summit, he slid into deep snow and became disoriented. He lost the trail in poor visibility and activated his locator beacon. He called 911 several times, but due to limited cell phone coverage, his coordinates were unavailable and his calls were unsuccessfully transferred to DEC Dispatch.

Two DEC Forest Rangers responded to the coordinates provided by the locator beacon. Rangers located the hiker at 8:15 p.m. and escorted him back to the Loj at 10:15 p.m. 1st Air Force and Essex County 911 assisted in the search.