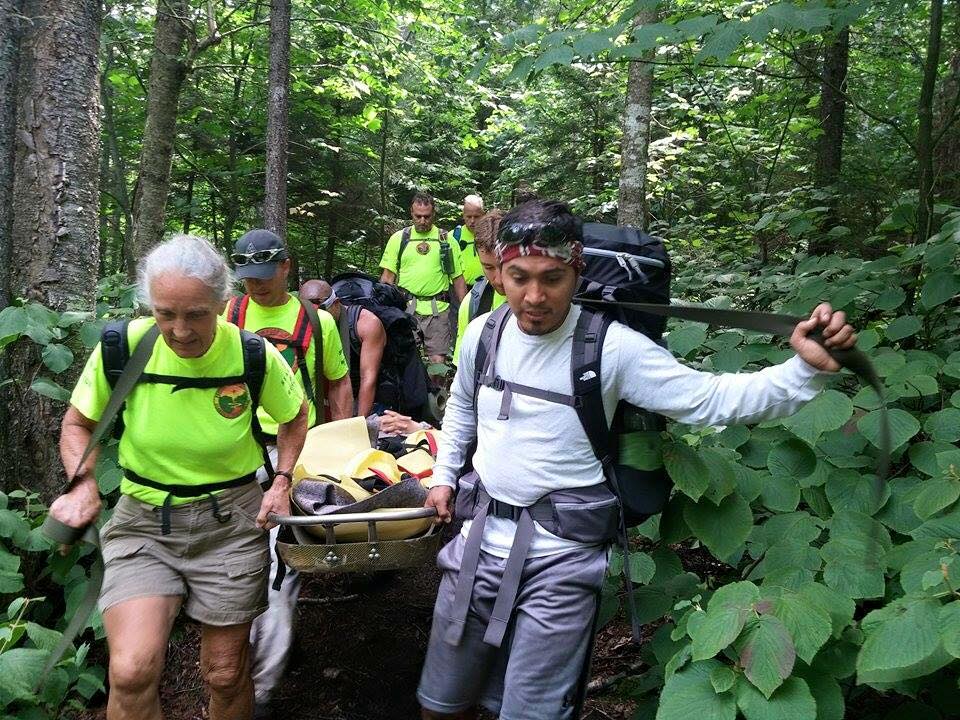 A 24-year-old hiker from Quebec, Canada reportedly collapsed and died on Saturday, October 10, while hiking the Falling Waters Trail near Shining Rock in Lincoln, New Hampshire.

New Hampshire Fish and Game officials received a report of a medical emergency on the Falling Waters Trail in Lincoln, NH. Witnesses reported that a 24-year-old male had collapsed on the trail and that cardiopulmonary resuscitation (CPR) was in progress. The hiker was approximately 2.5 miles up the trail near Shining Rock.

Prior to the helicopter arriving on scene, a ground crew was able to carry the patient to an opening in the forest canopy. A medic was lowered from the helicopter, along with a litter.  The patient was then lifted through the trees into the hovering helicopter and was taken directly to the Littleton Regional Hospital.  Passerby hikers and Conservation Officers maintained CPR throughout the event, however the hiker succumbed to his injuries. The NH Medical Examiner will be conducting an autopsy.

The deceased hiker had traveled to New Hampshire to enjoy a Columbus Day weekend hiking with friends in the White Mountains and is identified as Simon Deschenes of Chicoutimi, Quebec, Canada.