Hiker rescued after fall from 80-foot cliff in Acadia 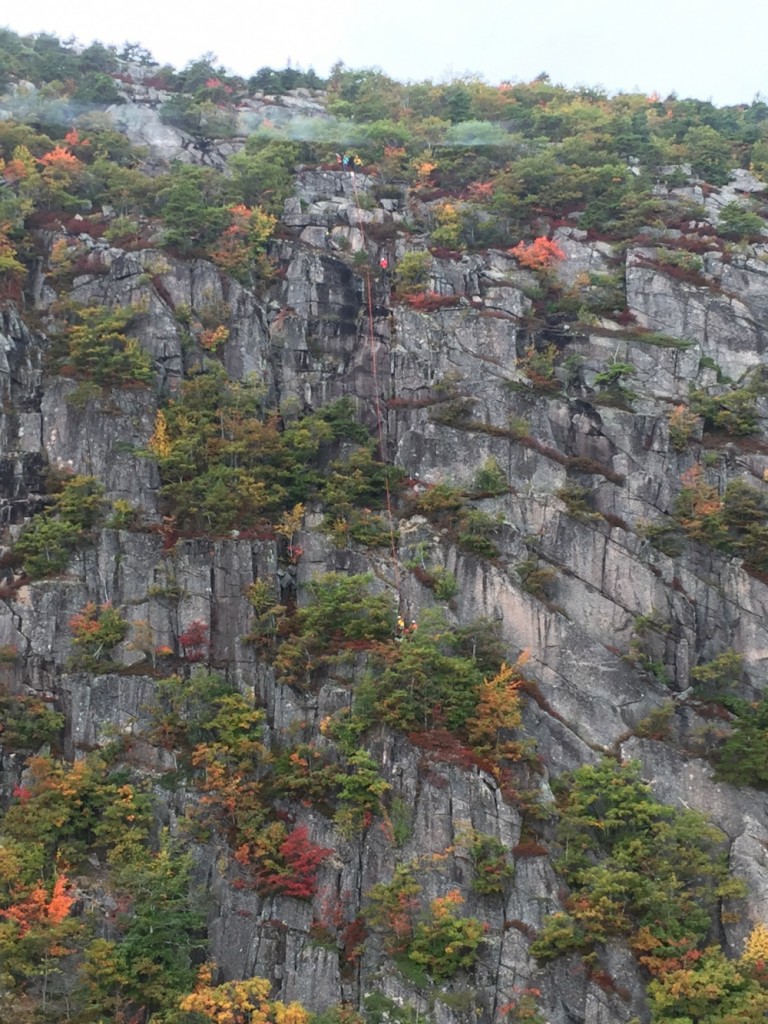 A hiker who fell from an 80-foot cliff near the Precipice Trail in Maine’s Acadia National Park was rescued by a Coast Guard helicopter crew on Saturday, October 8.

The Coast Guard was contacted at roughly 1:45 p.m. after a National Park Service ranger reported a hiker had fallen from a cliff. A rescue team was on the scene attempting to rappel down the cliff to provide medical assistance, but they needed help extracting the man to a landing zone to transfer him to emergency services personnel.

Coast Guard Air Station Cape Cod launched an MH-60 helicopter crew. After arriving at the scene, they hoisted the man into the aircraft.

Following the hoist, the aircrew landed in a ball field in Bar Harbor, Maine, to transfer the climber’s care to awaiting EMS. He was taken to Mount Desert Island Hospital in Bar Harbor where he was reported to have an arm and leg injury.