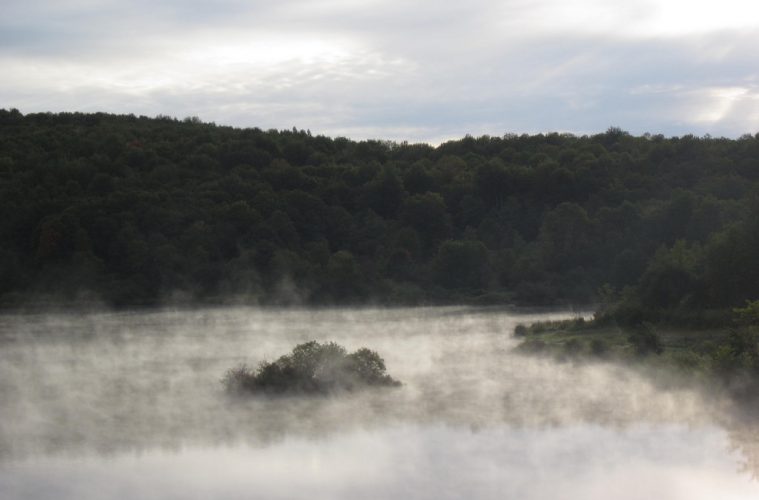 Officers rescued several overturned canoeists in Chittning Pond. Several of the canoeists were cold and unresponsive when rangers reached them. (Doug Kerr/Flickr Photo)

Officers rescued several overturned canoeists in Chittning Pond. Several of the canoeists were cold and unresponsive when rangers reached them. (Doug Kerr/Flickr Photo)

The following are highlights of search and rescue missions conducted by New York Department of Environmental Conservation officers between April 10 and 17, 2017.

Recent missions carried out by DEC Forest Rangers include:

Oneida County
Town of Waterville
Rescue: On April 10 at 1:30 p.m., Forest Rangers responded to local emergency radio traffic about several people who had overturned their canoe on Chittning Pond in Tassell Hill State Forest. A fourth person in the party who had remained on shore, swam out and rescued one man. Ranger Robert Piersma was soon on scene, suited up in cold water rescue gear, and swam to the other two men. He then moved to the other men, who had been in the frigid water for nearly 30 minutes, clinging to one another for flotation and warmth. All four men were cold and unresponsive. They were transported by local emergency services to nearby hospitals for further care. The three canoers in the water were wearing personal flotation devices, which aided their survival in such harsh conditions.

Statewide
Wildfire suppression: On April 10 and 11, Forest Rangers responded to 11 different wildfires across the state totaling 77 acres. The fires occurred in Essex, St. Lawrence, Sullivan, Ulster, Washington, Orange, and Saratoga counties. Eight of these fires were battled within daytime hours; three spanned two days. During the second day of the Essex County fire, trained firefighting inmates from the NYS Moriah Shock Camp helped Rangers extinguish the remaining fire in tree snags and logs. There were no reported injuries or building damages from any of these fires. Four of the fires were caused by abandoned and illegal open burnings while three others were related to discarded smoking materials. On April 15, Region 4 Rangers helped several fire departments control a 22-acre wildfire adjoining the Selkirk Railroad in Albany County. Although the fire was extinguished by 6 p.m., strong winds allowed it to burn quickly through a wetland. The statewide burn ban remains in effect through May 14. For more information on the statewide burn ban visit DEC’s website.

Clinton County
Town of Dannemora
Rescue: At 2:52 p.m. on April 15, DEC Ray Brook Dispatch received a call from Clinton County 911 that there were three injured hikers on the Lyon Mountain trail. Coordinates obtained from a cell phone call placed the hikers 0.2 miles off the trail in deep snow. The three injured hikers reported they were still mobile and moving slowly toward the trailhead. Two Rangers were dispatched to intercept the hikers, and at 6:12 p.m. the three were returned to the trailhead with assistance from a Lyon Mountain Fire Department utility vehicle. The three were treated at the scene for minor injuries and released.

Franklin County
Town of Tupper Lake
Search: On April 14 at 1:20 p.m., Ray Brook Dispatch received a request for assistance for two Tupper Lake women, ages 49 and 53, who were lost on Coney Mountain. Rangers arrived on scene at 1:35 p.m. The Rangers made voice contact with the subjects and the women were subsequently located at 2 p.m. Both women were escorted out of the woods and reunited with the reporting party. The incident concluded at 2:40 p.m.

Essex County
Town of North Elba
Rescue: On April 15 at 7:39 p.m., DEC Ray Brook Dispatch received a call from a woman who reported that she and a male companion were hiking Whiteface Mountain via the Connery Pond Trail near Lake Placid but were cold, wet, and unable to hike out. Dispatch obtained cell phone coordinates from Essex County 911, which placed the two 1.5 miles from the summit of Whiteface. Five Rangers responded to the trailhead as the couple were still able to hike down the mountain. Rangers met the hikers at Whiteface Landing, where they were treated for cold injuries and transported to the trailhead. Lake Placid Emergency Medical Services provided further treatment to the male hiker and transported the woman to Adirondack Medical Center in Saranac Lake for hospital treatment. All responders were back in service by 11:30 p.m.

Lewis and Jefferson counties
ATV event: The “SNIRT” snow and dirt off-road vehicle event takes place annually in Lewis County and draws approximately 8,000 participants using 5,000 registered ATVs (all-terrain vehicles) to ride town and county roads legally designated for ATV use. The event benefits the local snowmobile club, “Sno-Pals.” As in years past, Forest Rangers were assigned to protect State Land from illegal ATV use while providing public safety and emergency response. There are approximately 20,000 acres of state land and 40,000 acres of easements along the SNIRT trails. This year, additional roads were opened in the town of Greig for this event. Some of these roads are adjacent to Independence River Wild Forest Preserve within the Adirondack Park. Twelve Forest Rangers, six Lewis County Sheriffs Deputies, eight State Park Police, four DEC Environmental Conservation Officers, and four State Troopers were assigned to this event. Rangers issued 15 tickets for illegal operation on public lands, unauthorized motor vehicle use on state land, unregistered ATV, failure to wear a helmet, and uninsured operation of an ATV.