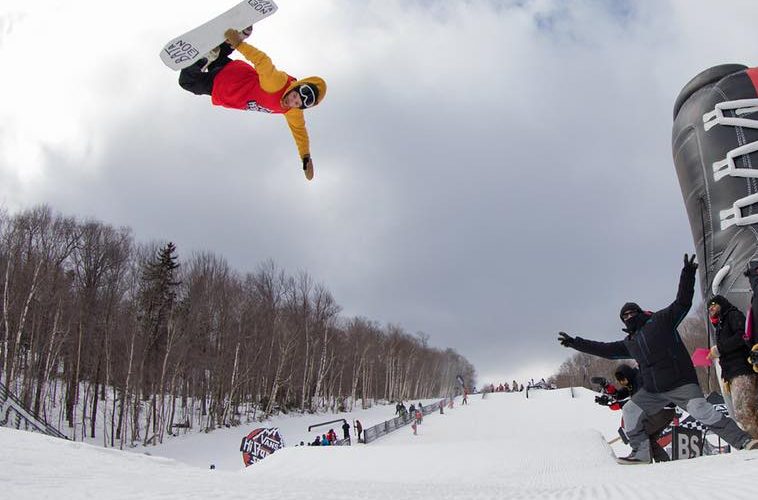 5 of This Winter’s Best Skiing and Riding Events

With several Northeast ski resorts already open and many more to follow in the coming weeks, the ski and snowboard season will soon be in full swing. In addition to great skiing and riding, the coming season also promises tons of epic events that give you a chance to watch some of the world’s best and also show off your own skills. Here are a few of this winter’s events that you don’t want to miss.

This stop on the Audi FIS Ski World Cup Tour is the biggest ski racing event on the East Coast. One-hundred of the fastest women ski racers from twenty nations will bring their best to Killington, and more than 30,000 spirited spectators will cheer them on. In addition to you getting to watch the fastest female ski racers in Slalom and Giant Slalom battle for the top prize on the signature Superstar trail, the weekend is packed full of entertainment, including fireworks, parades, movie screenings, the Friday night bib draw featuring top athletes and live music from Michael Franti, Paul Oakenfold, KT Tunstall and Guster.

Style is everything in this popular annual snowboard contest hosted by Mount Snow. Show off your best tricks or just come to appreciate the mind-bending skills of other riders. If you participate, tricked done during a judged session could earn you cash. Inverted maneuvers and rotations beyond 720 degrees are not permitted.

Freestyle skiers and riders are invited to compete in the Kaatskillz pro-am event located on the main face of the mountain. The event build is comprised of skate park-inspired features including hips, bowls, and rails, and competitors will be judged on their approach and style through the course. Top placing competitors will receive prizes from event sponsors CLIF Bar, Oakley, DC, Yakima, Monster Energy, and Hunter Mountain. A total of $1,500 cash will be awarded to the top competitors in the pro division. Competitors are urged to register as soon as possible; participation is limited to 100.

Okemo is lighting up the snow on Bull Run for skiers and riders of all ages to show off their best moves. $5,000 in cash and prizes is up for grabs. A new rail garden, constructed specifically for this event, will be an optimal venue for participants and spectators alike. Included in this year’s event will be a best trick contest. There are two divisions this year: The Amateur class will compete for prizes, while the Pro class will compete for the chance to win a chunk of over $5000 in cash.