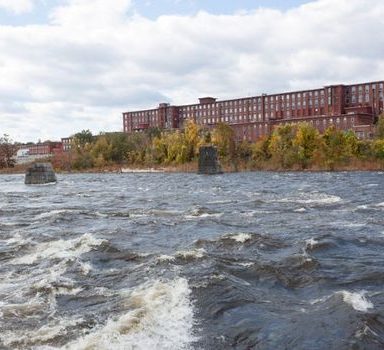 Firefighters rescued two kayakers who overturned in the cold and heavy rapids of the Merrimack River in Manchester, New Hampshire yesterday.

Fire officials said the two kayakers, who were brothers in their 20s, were paddling just south of the Route 293 bridge when they flipped over in the rapids.

Area residents out on four-wheelers reportedly spotted the kayakers and called for help.

According to a report on UnionLeader.com, one of the kayakers grabbed a ledge in the middle of the river, while the other kayaker went downriver, through another set of rapids, and ended up clinging to a tree.

Firefighters from Manchester and Bedford launched rescue boats and brought the two men to shore. They were taken to a local hospital where both were treated for hypothermia.

Fire officials said the men were not wearing life jackets, wetsuits or helmets.