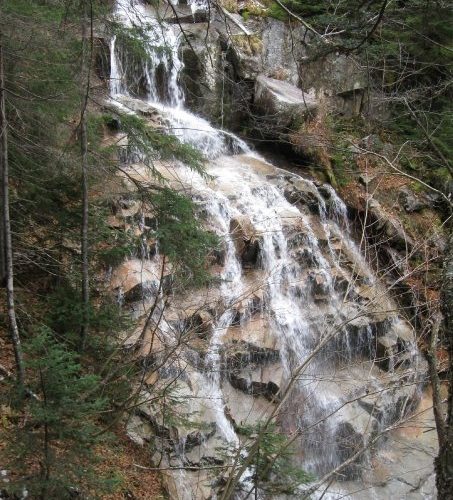 New Hampshire Fish and Game officials say a group of hikers who were extremely unprepared for current conditions in the White Mountains had to be rescued last night.

Officials say the group of five hikers who had to be rescued along the popular Falling Waters Trail did not have adequate cold weather gear, lights, or appropriate footwear. One hiker reportedly did not have hiking boots and officials say none were equipped for deep snow, ice or darkness.

A Good Samaritan hiker, who was prepared for the conditions, came across the party and provided assistance, giving out lights and other pieces of equipment that he could spare.

Fish and Game officers spoke with the hikers over the phone. Given that it was unclear if the entire group would be able to make it to the trailhead without assistance, conservation officers responded to the trail.

All hikers made it to I-93 slightly south of the trails parking area just before 10 p.m. The hikers were wet, cold and tired, but they had suffered no serious injuries. Conservation officers relayed them back to their vehicles, where they were finally able to change out of wet clothing and warm up.

Officials said the hikers were not prepared for the winter conditions that still exist in the White Mountains. Officers say they want to remind people planning to enjoy New Hampshire’s White Mountains that trails are still packed with several feet of snow and ice, which requires winter equipment.

Also, many water crossings are at extremely high levels and are dangerous to cross. Weather may appear warm and comfortable at lower elevations during daytime, but temperatures will be seriously colder as you gain elevation or as the sun sets.