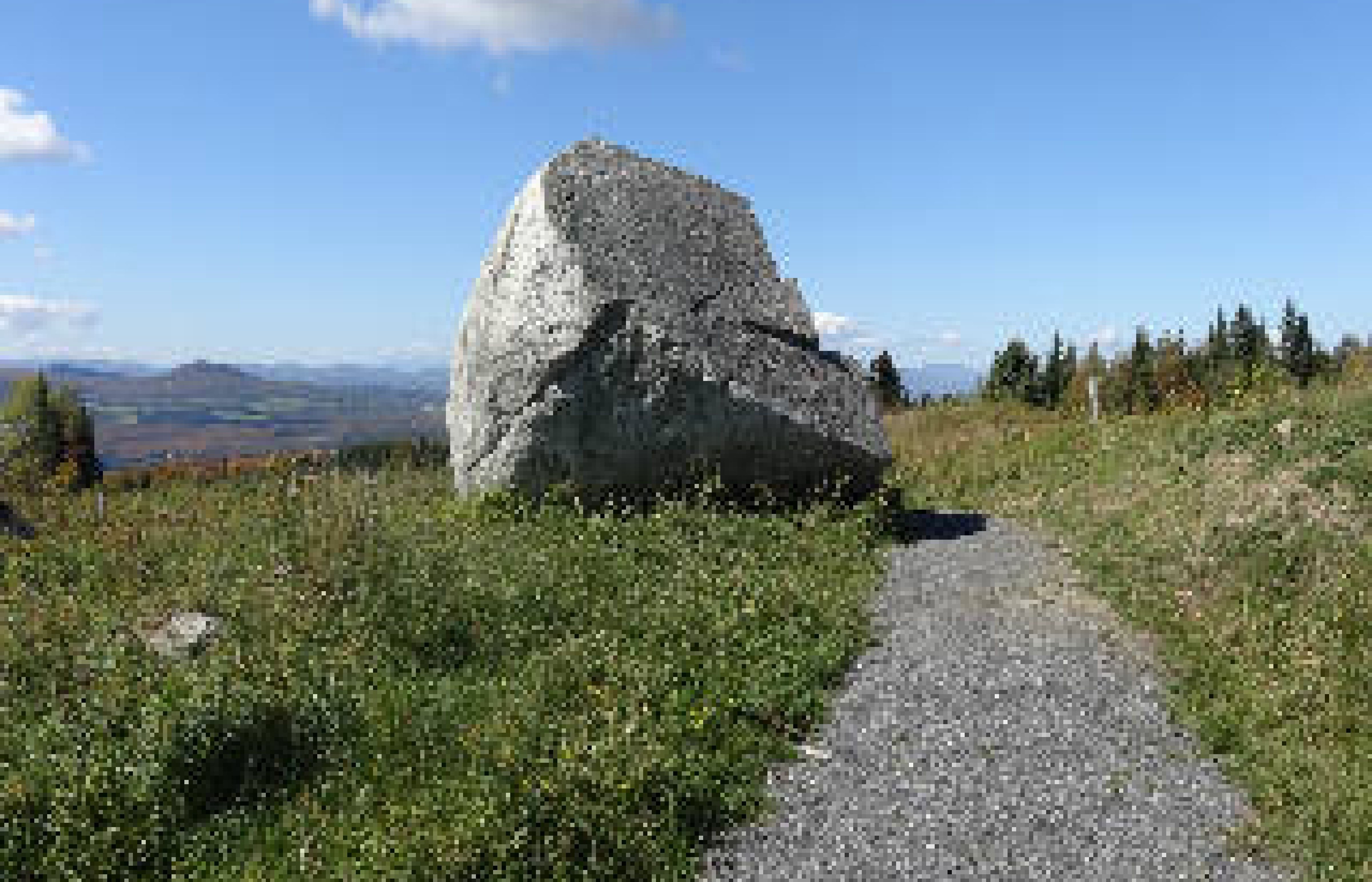 Tomorrow, on Saturday, July 11, Vermont State Parks will host the dedication of Sentinel Rock State Park. The park is named after the iconic Sentinel Rock, a glacial boulder that stands in the center of the park and overlooks the northern portion of Lake Willoughby in Westmore, Vermont.

The site was a family farm, of which a 356-acre portion of it was donated to the state. The park features a parking area for visitors, interpretative signage and ADA accessible trails that lead visitors to Sentinel Rock and to the former site of the farmhouse.

Sentinel Rock and the surrounding area has long attracted geologists, students, and others who are interested in the area’s unique blend of bedrock exposure, glacially deposited boulders and expansive views of a glacially-influenced landscape.

The dedication begins at 10 a.m. and will be followed by a reception, both of which are open to the public.

Read more about the dedication of Sentinel Rock State Park.