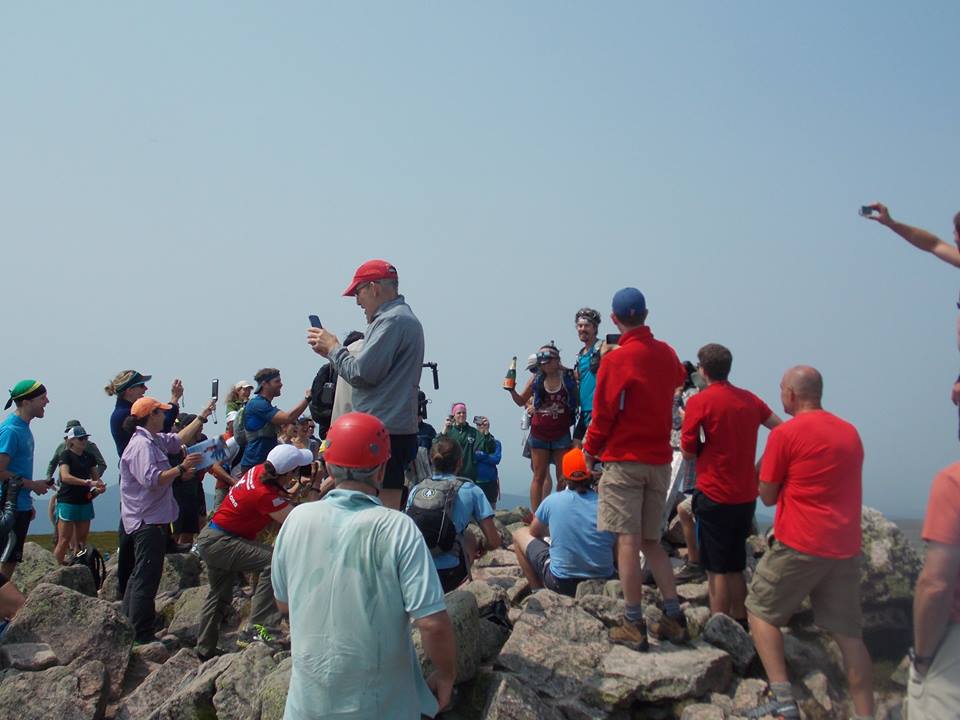 The scene atop Katahdin on Sunday was one of jubilation as ultrarunner Scott Jurek completed his record-breaking thru-hike of the Appalachian Trail. But not everyone was happy.

Baxter State Park officials were fuming at the spectacle surrounding Jurek as he completed his speed record attempt. They reportedly issued multiple summons to Jurek and media personnel for breaking park rules. And, on Thursday morning, they published a scathing post on the Baxter State Park Facebook page criticizing Jurek and the army of media personnel and corporate sponsors that accompanied him.

“Scott Jurek’s recent completion of the Appalachian Trail in the shortest time on record is a remarkable physical accomplishment,” states the post. “With all due respect to Mr. Jurek’s ability, Baxter State Park was not the appropriate place for such an event.”

The post goes on to say that corporate sponsors engaged in running and outdoor-related products benefitted from the event, with sponsors clearly displayed on Jurek’s headband and race vehicle. Officials said such “corporate events” have no place in the park.

“When Scott arrived at Baxter Park to complete his run at the northern terminus of the Appalachian Trail, he brought all of this to Baxter Peak, in Maine’s largest wilderness,” reads the post.

Baxter officials reportedly issued three summons to Jurek for drinking alcohol, for littering, and for hiking with an oversized group. Additionally, media personnel were issued a summons for violation of a commercial media permit which prohibited filming within 500 feet of Baxter Peak. “Not much to be proud of there,” says the post.