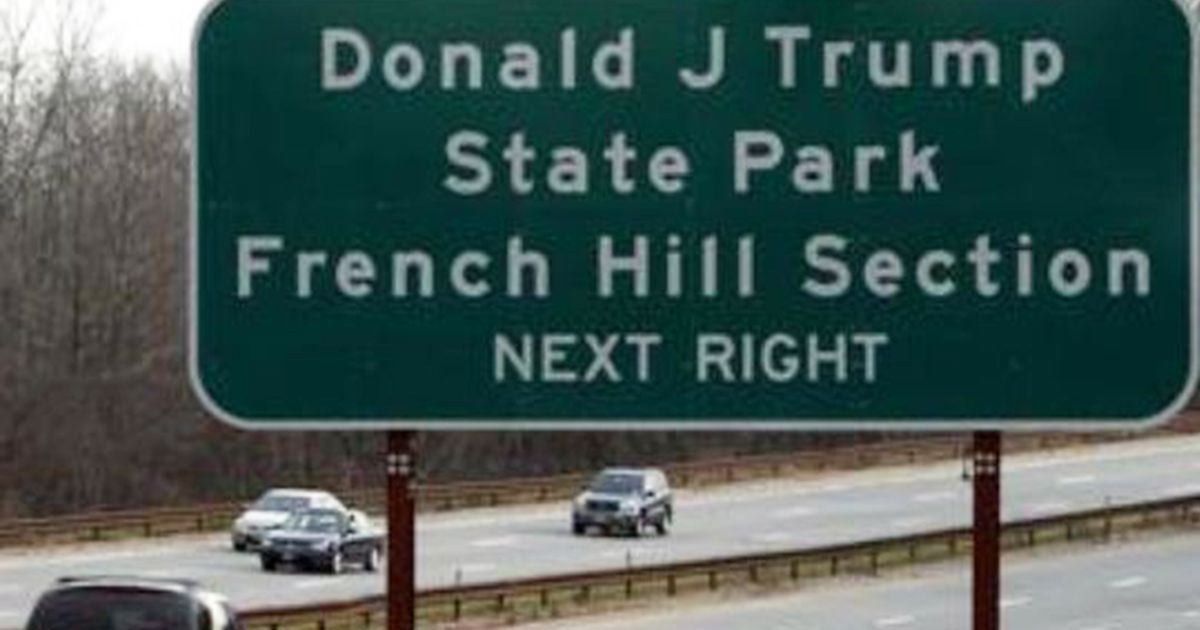 Workers began making improvements this week at New York’s Donald J. Trump State Park, a 436-acre park covering two parcels in Yorktown and Putnam Valley that has been closed and neglected since 2010.

According to an article on lohud.com, a front-end loader and tow truck were at the park in Yorktown on Wednesday, March 23, to remove the rusted carcasses of several junked cars that had deteriorated in the French Hill woods for decades. More work is planned, including $125,000 to raze several derelict buildings on the site, and fill in an abandoned swimming pool. The state is also reviewing plans for mountain biking and walking trails in the French Hill section.

The park reportedly features trails through hardwood forests, wetlands, a hilltop field and an impressive view from the top of Indian Hill in Putnam Valley. But few people know about it as it isn’t listed on the state park’s website.

Current presidential candidate Donald Trump reportedly bought the land in the 1990s for $2 million in the hopes of turning it into a golf course. But when the effort failed, he donated the land to the state in 2006. The park was officially closed in 2010 amid state budget cuts, though it never had any amenities. When the state closed the park officials said it cost just $2,500 to maintain.

In December, a New York state senator wrote a letter to the governor asking for Trump’s name to be removed from the park, saying that Trump’s campaign rhetoric has been bigoted and destructive.