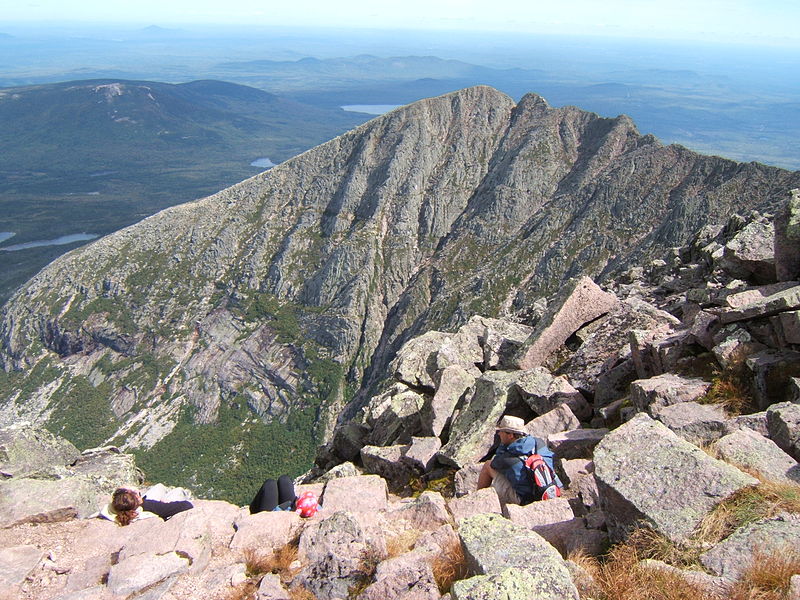 A Baxter State Park ranger’s refusal to search for a missing hiker on Maine’s Mount Katahdin has stirred a debate over park policy, and triggered a backlash against the hikers who expected rangers to bail them out of trouble.

According to an article in the Bangor Daily News, Justin Landry, a 17-year-old from Brewer, Maine, was climbing Katahdin in late-June with his grandfather and a companion. His grandfather fell behind on the climb down, and when he hadn’t returned after dark the teen asked a ranger to search for him. The ranger, who didn’t know Landry was a teen, said unless his grandfather was known to be injured, rangers wouldn’t go up searching from him. The ranger said Landry was the one who had to go up looking for him.

Landry did go up looking for his grandfather, and found him roughly a mile-and-a-half up the Hunt Trail. His grandfather had forgotten a flashlight, and was sitting on a rock, uninjured but unable to move forward in the dark.

In the BDN article, Landry responded angrily that park rangers would not help them. But a letter by Alex Greenlee of Portland responding to the article stressed how Katahdin is meant to be a wilderness where people are largely on their own, and that the blame for the incident lies with the hikers themselves.

“For me, one of the most exhilarating features of Katahdin is knowing that if I mess up on a hike, it’s on me to fix it,” writes Greenlee. “Landry is correct that the park’s policy on this matter is not as clear in the minds of visitors as it should be, even with the extraordinary lengths park authorities go through to ensure the safety of visitors. But I think it’s clear on who’s back this mess up is.”

Where do you stand on this? Should park rangers have helped search for the man? Or, outside of extreme situations, should you largely be on your own in the mountains?

Read the Bangor Daily News article about the ordeal.