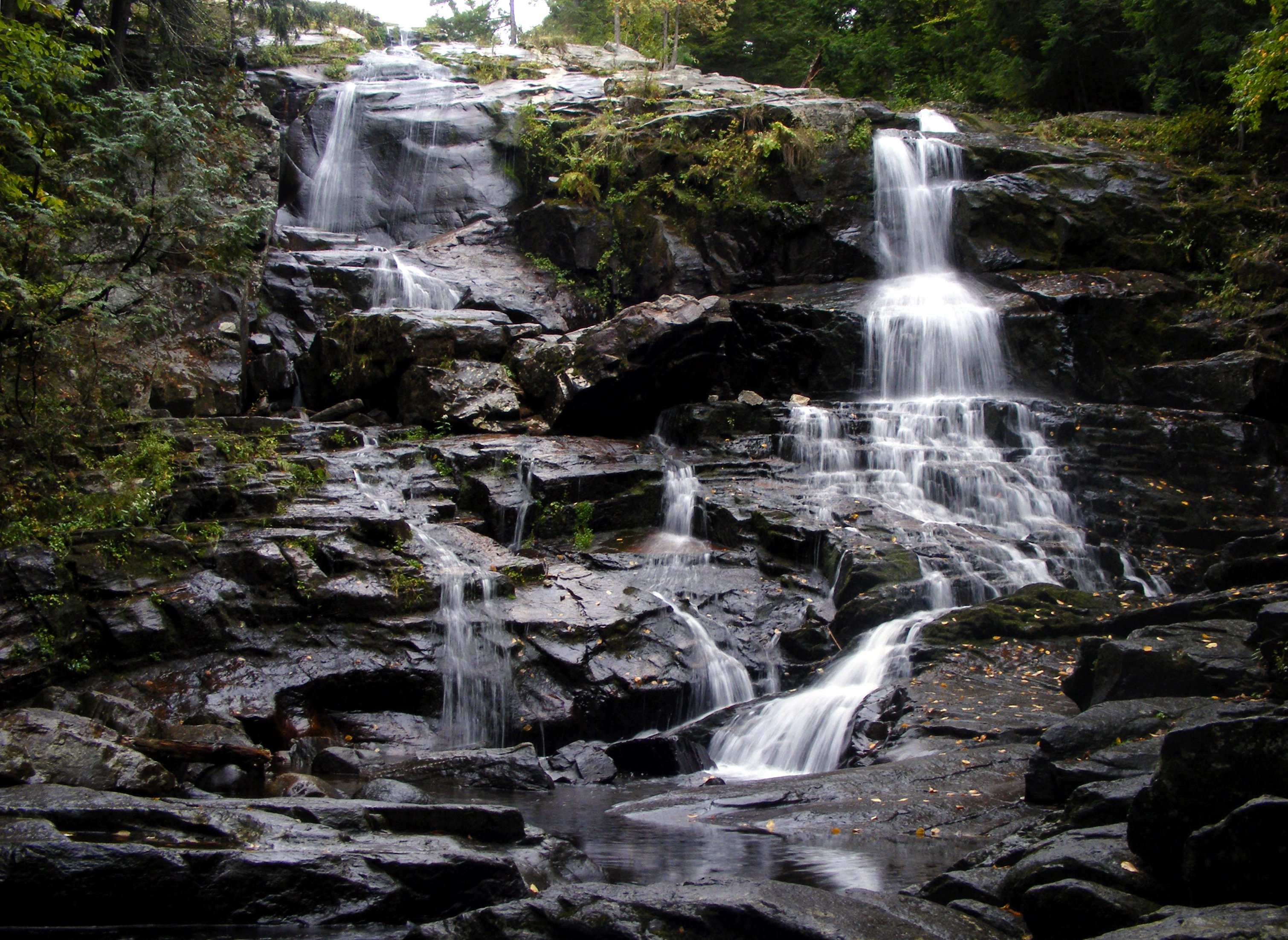 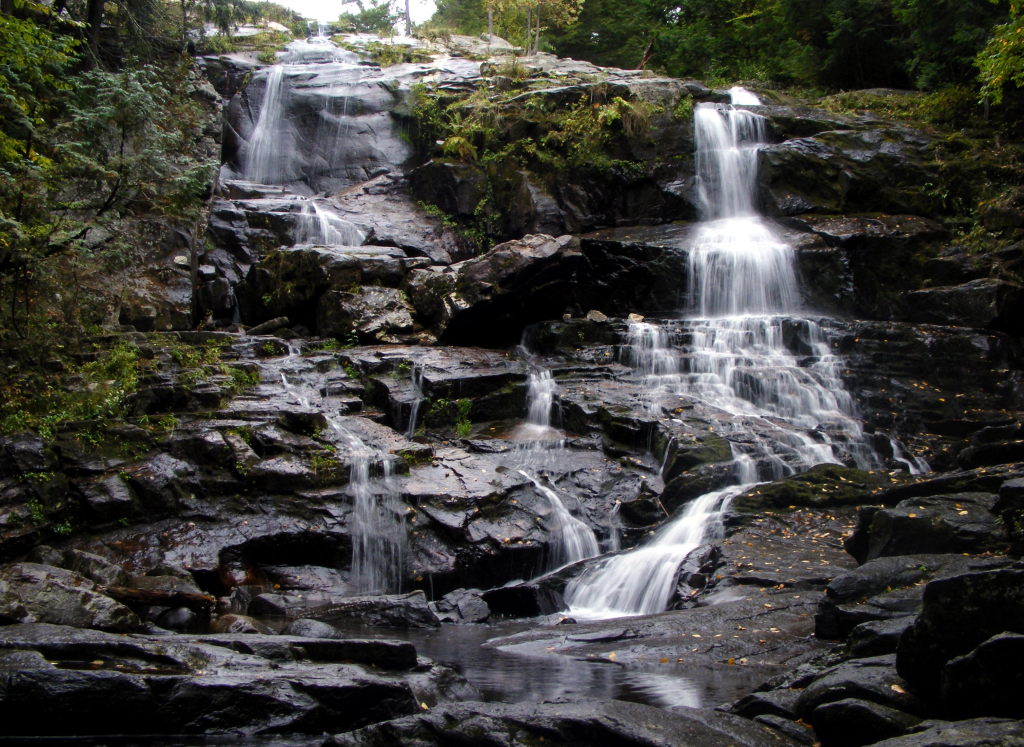 Forest rangers in New York’s Adirondack State Park were kept busy with a number of search and rescue calls over the July 4th holiday, from stranded hikers, to multiple people falling from Shelving Rock Falls to a hiker surviving a fall of more than 70 feet off Echo Cliff on Panther Mountain. The following is a summary of search and rescue calls over the long holiday weekend.

Franklin County
Town of Harrietstown
Saranac Lakes Wild Forest
Distressed Swimmer: On Thursday, July 2, 2015 at 2:49 p.m., DEC Ray Brook Dispatch received a report of an unresponsive man in the water near the “Bluffs” on Lower Saranac Lake. The 31-year-old man, from West Barry, jumped off the Bluff and resurfaced face down and unconscious. A Saranac Lake Islands campground staffer, in a boat close by, witnessed the incident and maneuvered his boat to the swimmer who had regained consciousness and began yelling for help. The campground staffer entered the water and helped the distressed man onto the boat. The staffer then transported the man to the DEC Second Pond Boat Launch where Forest Rangers assisted the Saranac Lake Rescue Squad in preparing the man for transport to Adirondack Medical Center in Saranac Lake. The campground staffer received treatment for cold water exposure before being released. The incident concluded at 2:53 p.m.

Essex County
Town of North Elba
High Peaks Wilderness
Distressed Hiker: On July 3, 2015 at 4:23 p.m., DEC Ray Brook Dispatch received a report of a 64-year-old man from Lake Placid in medical distress at Marcy Dam. The Colden summit steward notified a DEC Forest Ranger who met up with the steward and the hiker as they walked toward Adirondack Loj. The Forest Ranger gave the man something to drink and walked him out. The hiker said he would seek medical attention on his own. The Forest Ranger was back in service at the Loj at 6:06 p.m.

Town of Keene
High Peaks Wilderness
Distressed Hiker: On July 3, 2015, at 6:20 p.m., a passing hiker notified DEC Ray Brook Dispatch of a 65-year-old man from Clifton Park in apparent medical distress. A DEC Forest Ranger responded immediately to the trailhead and started up the trail. Additional responding Forest Rangers reported to the trailhead along with members of the Lake Placid, Keene and Keene Valley Fire Departments and Lake Placid EMS. At 7:05 p.m. the first responding Forest Ranger reached the hiker, who was standing and walking. The Forest Ranger gave the man something to drink and advised all remaining volunteer responders, except the Keene Rescue Squad, to stand down. The Ranger turned the hiker over to the Keene Rescue Squad at 8:00 p.m. and he refused further medical care.

Washington County
Town of Fort Ann
Lake George Wild Forest
Injured Hiker: On Friday, July 3, 2015 at 4:15 p.m., Washington County 911 contacted DEC Ray Brook Dispatch reporting a male hiker had fallen from the waterfall at Shelving Rock. A DEC Forest Ranger, the Town of West Fort Ann and Fort Ann Fire Departments, West Fort Ann EMS, and Life Flight responded to the scene. At 4:53 p.m., the Forest Ranger on scene reported that a physician and an EMT were treating the man. The Forest Ranger then coordinated setup for rope extrication. At 5:33 p.m., Forest Rangers employed low angle rope techniques that led to the man’s rescue from Shelving Rock Falls. Rangers transported him by ATV to a waiting West Fort Ann ambulance, then Life Flight transported him to Albany Medical Center.

Town of North Elba
High Peaks Wilderness
Stranded Hikers: On July 4, 2015, at 5:37 p.m., DEC Ray Brook received a call from a passing hiker reporting two people stranded by a waterfall on the Colden Trap Dike and waving for assistance. The 26-year-old men from Whitley, Ontario hiked the Trap Dike before heavy rain storms moved through the area. They became trapped by high water and could not make it back down or find another exit. A DEC Forest Ranger and the Lake Colden caretaker responded immediately, followed by two additional Forest Rangers stationed at the Adirondack Loj. The Forest Ranger and the Lake Colden caretaker reached the Trap Dike at 6:53 p.m. and determined the hikers were on a protected ledge but would require a technical rope rescue from their location. At 8:44 p.m. Forest Rangers responding from the Loj reached the Trap Dike. They climbed to the ledge, harnessed the hikers, and belayed them down two pitches to an area where they could safely climb down. The hikers reached Avalanche Lake at 12:34 a.m. and Forest Rangers rowed them across the lake. From there, Rangers transported the hikers back to their vehicles at 2:41 a.m. using a Utility Vehicle. The hikers did not suffer any injuries and required no further care.

Town of Fort Ann
Lake George Wild Forest
Injured Hiker: On July 4, 2015 at 12:15 p.m., DEC Ray Brook Dispatch received reports that a 16-year-old female from Niskayuna, NY fell from the waterfall at Shelving Rock. DEC Forest Rangers responded and also notified Washington Rescue Services. At 12:35 p.m. an EMT responded to the scene. At 1:40 p.m., Forest Rangers and additional rescuers extricated the teenager out of the area and Fort Ann EMS transported her to Glens Falls Hospital for treatment.

Hamilton County
Town of Arietta
West Canada Lakes Wilderness
Injured Climber: On July 5, at 3:00 p.m., DEC Ray Brook Dispatch received a call from the Hamilton County Sheriff’s office reporting that an 18-year-old man from Johnstown fell approximately 70-110 feet from Echo Cliffs on Panther Mountain. DEC Forest Rangers responded along with a DEC Environmental Conservation Officer, a Sherriff Deputy and the Piseco Fire Department and EMS. New York State Police Aviation also responded and airlifted the man to a nearby hospital for medical treatment. The man survived his injuries. The incident concluded at 7:15 p.m.

Warren County
Town of Johnsburg
Siamese Ponds Wilderness
Lost Hikers: On July 5, 2015 at 4:00 p.m., DEC Ray Brook Dispatch received a report from New York State Police that a 61-year-old woman from Canandaigua and a 59-year-old woman from North River became separated from their hiking group while descending Peaked Mountain. The women called 911 reporting they followed a stream downhill and ended up in a swampy area. Two DEC Forest Rangers responded to the trailhead at 13th Lake Campground. At 7:30 p.m. Forest Rangers located the woman using GPS coordinates provided by State Police. Forest Rangers escorted the hikers back to the trailhead at 13th Lake Campground without further incident. The incident concluded at 11:00 p.m.