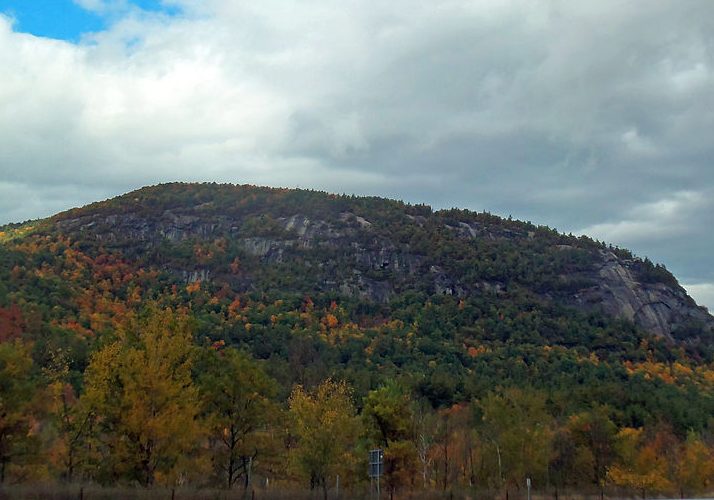 The following are a list of highlights of recent search and rescue missions and other incidents involving New York Department of Environmental Conservation forest rangers.

Town of Bolton
Warren County
Wilderness Rescue: On April 29 at 4:30 p.m., Warren County 911 transferred a call to DEC’s Ray Brook Dispatch reporting a 75-year-old man from Gansevoort who became disoriented while hiking on Thomas and Cat mountains and was unsure about which path to take to get back. After obtaining the disoriented hiker’s cell phone number, Forest Ranger Evan Donegan contacted him and gave instructions on how to return to the trailhead on the north side of the mountain. Meanwhile, Ranger Donegan made his way into the woods to intercept the man and assist him the rest of the way out. At 6:28 p.m., Ranger Donegan reached the mountain’s summit, but had not found the hiker. Forest Ranger Joe Hess also responded to start in from the southern trailhead at Edgecomb Pond. At 7:09 p.m., the hiker’s daughter called Dispatch reporting her father was back on the trail with her husband. Ranger Donegan was notified and reached the two men by 7:19 p.m. He escorted the pair back to the trailhead and all Rangers were cleared from the scene.

Town of Chesterfield
Essex County
Wilderness Rescue: On May 1 at 3:51 p.m., Essex County 911 transferred a call to DEC’s Ray Brook Dispatch reporting an injured person on Poke-O-Moonshine Mountain. A few minutes later, 911 called Dispatch advising that a 19-year-old man from Plattsburgh had fallen on the trail and injured his left leg. The man, hiking alone, believed he had dislocated his knee after falling on his way to the climbing walls. Coordinates obtained by 911 put the man on the trail not far from the trailhead. Forest Ranger Jared Booth responded to the area first, followed by Forest Rangers Sarah Bode and Scott van Laer, the Keeseville Fire Department, and Champlain Valley Physicians Hospital EMS. The emergency team carried the injured man back to the trailhead and EMS transported him to a local hospital for further medical assistance.

Town of Santa Clara
Franklin County
Wilderness Rescue: On May 2 at 5:05 p.m., DEC’s Ray Brook Dispatch received a call from two hikers on St. Regis Mountain concerned that they were lost. Dispatch instructed the two women from Hogansburg to call 911 to establish coordinates. The coordinates indicated the pair had been off the trail for more than a mile and while they were headed in the wrong direction, they were close to a secondary trail at St. Regis Lake. At 5:44 p.m., Forest Ranger Chris DiCintio arrived at the trailhead and started hiking to the hikers’ last known location. At 6:41p.m., Ranger DiCintio located the hikers and started back out to the trailhead on Keese Mill Road. At 7:18 p.m., everyone was back to the trailhead and heading home.

Town of Bolton
Warren County
Wilderness Rescue: On May 2 at 9:29 p.m., DEC’s Ray Brook Dispatch received a call from a concerned family member of two hikers on Cat Mountain. The hikers were not prepared for darkness and were lost on the trail. The caller was instructed to have the hikers call 911 to obtain their coordinates. Dispatch determined that the hikers were just off the east trail. Forest Ranger Evan Donegan responded to the trailhead south of Edgecomb Pond at 10:45 p.m., and started hiking in to locate the hikers. At 11:53 p.m., Ranger Donegan requested a second Ranger to respond to the north trailhead to assist with transportation needs once the hikers were located. At 12:15 a.m., Ranger Donegan advised that the two hikers were found off the trail, tired and slightly hypothermic. Ranger Donegan assisted the pair north up the trail where they were met by Ranger Logan Quinn with an ATV. The 66-year old woman and 67-year-old man from Saratoga Springs were given a ride out to the parking lot. The couple declined medical treatment and departed. All Rangers were cleared from the scene at 2:35 a.m.

Bald Mountain
Graffiti on rocks: DEC Forest Rangers in Region 6 are investigating graffiti painted on rocks at the top of Bald Mountain. Hikers said the drawings were located off the main trail near the fire tower and included language making light of the COVID-19 pandemic. Forest Rangers, already aware of the graffiti, are encouraging anyone with information to call DEC’s non-emergency dispatch at 518-897-1300. If caught, those responsible could face a $1,000 fine and up to a year in jail.