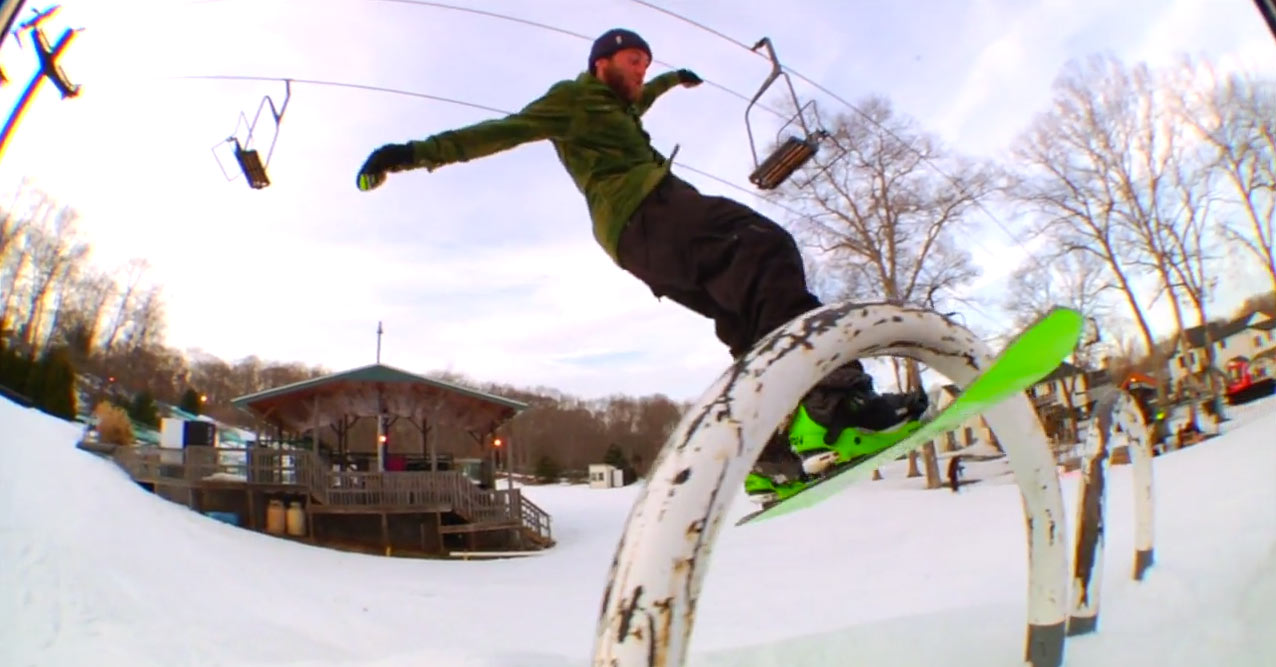 Rhode Island has the coolest snowboard scene around

Believe it or not, the coast of Rhode Island is home to the coolest snowboard scene around.

At least, that’s according to a New York Times article that recently profiled the Yawgoons – a group of resourceful snowboarders in powder-poor Rhode Island who are the envy of their peers around the world.

On a modest hill five miles from the beaches of Narragansett, the Yawgoons do some of the most creative snowboarding you’ll see anywhere. And they do it on a patch of 28 skiable acres that get about 34 inches of snow a year.

The Yawgoons use the natural terrain (rocks, trees, grass) as well as the unnatural (buildings, snowcats, pipes) to construct landscapes with one I’ve-never-seen-that-before feature after another. Then they shoot video of their runs and let the snowboarding world watch in awe.

“To me, they’ve pushed snowboarding in a very important direction, showing again that you do not need the biggest mountain, park or even film budget in order to stand out,” said Christian Haller, an Olympic snowboarder from Switzerland.

Read the full article and check out video footage of the Yawgoons creative snowboarding in Rhode Island.