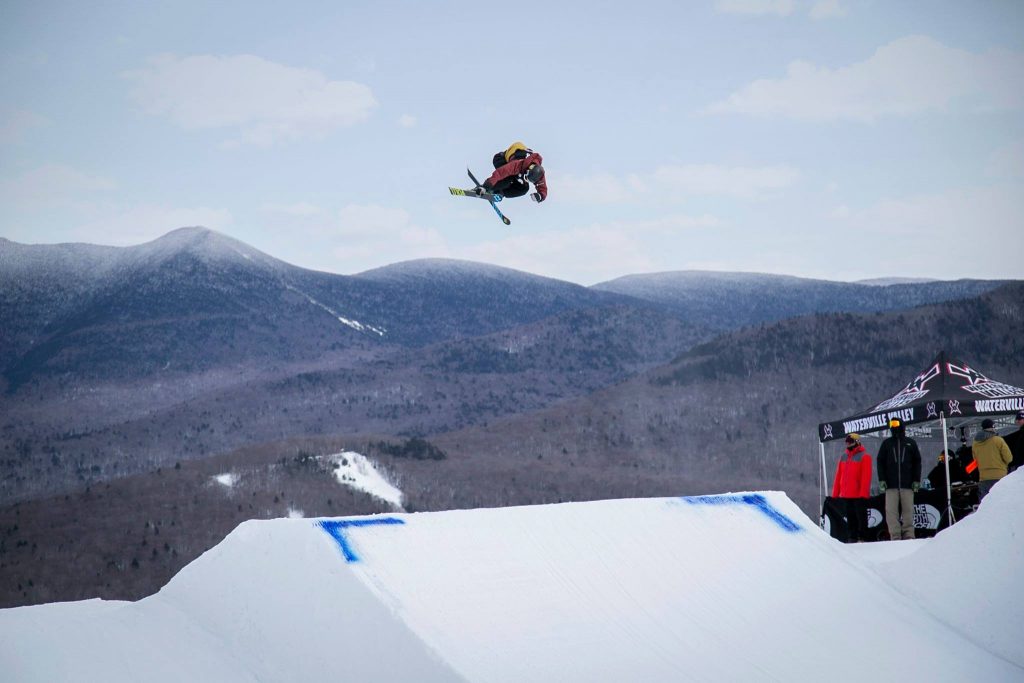 NEWHAMPSHIRE.COM: The next generation of slopestyle skiing and snowboarding stars — with some potential future Olympians within it — is shining this week at the place where the sport was born.

For the first time since it was founded in 2002, the U.S. Ski and Snowboard Association’s Toyota Revolution Tour has made a stop in New Hampshire, at Waterville Valley, in the process of attracting the best 13- to 21-year-old slopestyle skiers and riders from around the U.S. as well as Canada, Mexico, New Zealand, Australia, Japan, Great Britain, and yes, that hotbed of winter sports, Barbados.

Free and open to the public, the event began Sunday and continues through Friday. It is sanctioned by the Fédération Internationale de Ski (FIS) and top finishers will earn points that allow them to advance into the FIS Grand Prix series from which national ski and snowboard teams will select members for competitions, among the most prestigious of which will be the 2018 Winter Olympics in Pyeongchang, South Korea.