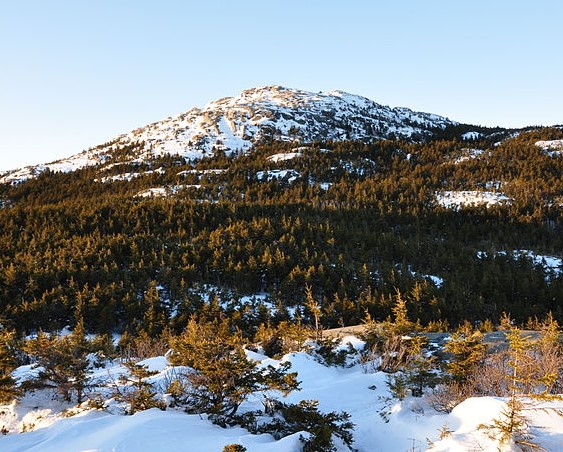 A hiker who officials say wasn’t prepared for rainy conditions and approaching darkness had to be rescued on New Hampshire’s Mount Monadnock on Saturday.

At 5:25 p.m. Saturday, the New Hampshire Fish and Game Department was notified by the Cheshire County Sheriff’s Office of a hiker in need of assistance on the White Dot Trail at Monadnock State Park in Jaffrey, New Hampshire. The hiker was identified as Dimitri Kim, 48, of Boston, Massachusetts.

Kim started hiking the White Dot Trail at approximately 2:40 p.m. and anticipated an hour and a half hike. Due to the rain and approaching darkness, Kim’s hike took longer than expected and his flashlight battery died. He then used his cellular phone to navigate down the trail.

He called 911 for help because he was concerned that his phone battery was also dying. Kim told conservation officers that he was wet and cold, his boots were full of water, and he did not think that he could make it down the mountain on his own.

Two conservation officers responded to Mount Monadnock and met Kim on the White Dot Trail at approximately 8:16 p.m. They provided Kim an additional light and walked him down the remainder of the trail arriving at the trailhead at 8:34 p.m.