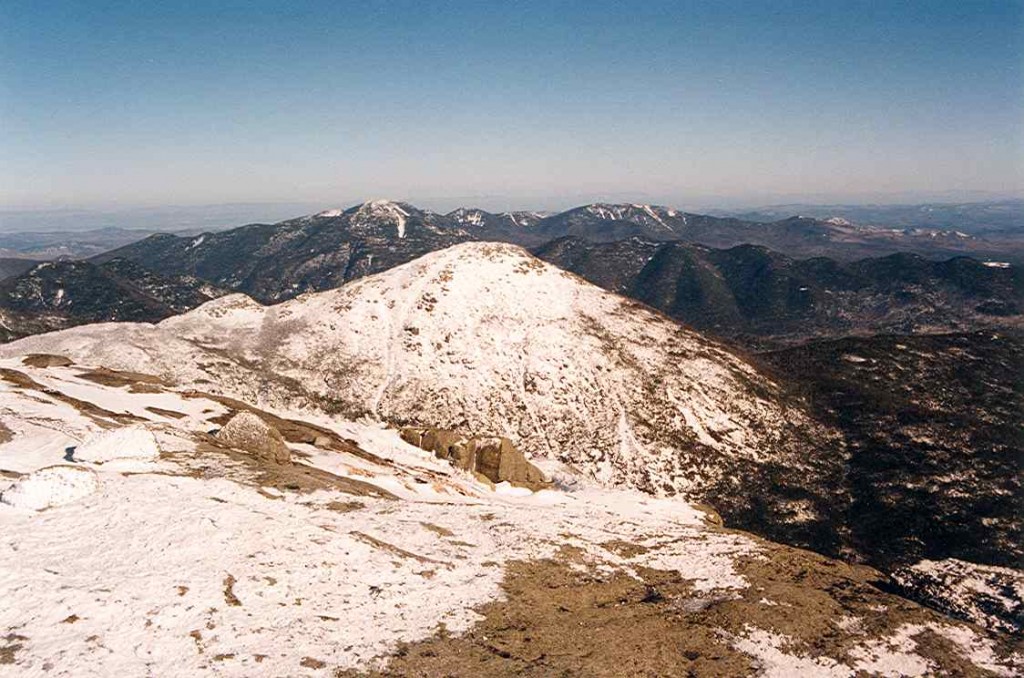 The following is a New York DEC report of search and rescue incidents in the Adirondack High Peaks between February 5 and 15.

Essex County
High Peaks Wilderness
Town of North Elba
Lost Hikers: On February 10, 2015 at 5:50 p.m., DEC Ray Brook Dispatch received a report that a spot locator beacon had been activated in the High Peaks Wilderness. The coordinates placed the hiker at the intersection of Hopkins Trail and the Van Hoevenberg Trail on Mount Marcy. As a DEC Forest Ranger responded, the hiker and his companions coordinates changed to indicate he was still on the trail and heading to Marcy Dam. The Ranger arrived at Adirondack Loj and headed up the trail to Marcy Dam. He located the hikers, in good condition, past Algonquin Junction. The 41-year-old male from Westchester, PA and his companions; a 40 year-old male from Boyertown, PA and a 45 year-old male from Melberne, PA, stated they had started from the Garden and got turned around on the Hopkins Trail. They activated the beacon and then decided to follow signs and ski out on the Van Hoevenberg trail. After being located, Rangers escorted the party out to the Adirondack Loj trail head and provided transportation to the party’s lodging location in Keene Valley. The incident concluded at 9:30 p.m.

High Peaks Wilderness
Town of North Elba
Injured Hiker: On February 15, 2015 at 3:00 p.m., Essex County 911 contacted DEC Ray Brook Dispatch requesting assistance for a climber who had fallen and suffered a lower leg injury. Forest Rangers located the 31-year-old male from New York, NY 3/4 of a mile down the Junction to Wright on the Algonquin Trail above MacIntyre Falls. DEC Forest Rangers responded to a staging area at Adirondack Loj. Rangers used snowmobiles to get in as far as they could and then snowshoed the rest of the way, reaching the climber at 5:48 p.m. His was stabilized and carried a distance to the waiting snowmobiles and then transported via sled to the Adirondack Loj. He was taken by the Lake Placid Ambulance Squad to Adirondack Medical Center in Lake Placid. The incident concluded at 7:35 p.m.

High Peaks Wilderness
Town of North Elba
Overdue Hikers: On February 15, 2015 at 7:10 p.m., DEC Ray Brook Dispatch received a call regarding two overdue hikers. The two males, a 29-year-old from Arlington, VA and a 29-year-old from Washington, DC signed in at the trail registry for two days to hike Avalanche Lake and the Trap Dyke and were to stay at Avalanche Camps. They should have returned that day. Four DEC Forest Rangers responded to search for the men. Two DEC Forest Rangers used snowmobiles to access Avalanche Camps. Fresh foot prints believed to be those of the hikers, helped the Rangers locate the men at 9:45 p.m. near their vehicle parked at the Adirondack Loj. The weather hindered their hike and delayed them significantly from packing up at Avalanche Camps and hiking out. One male transported himself to Adirondack Medical Center in Lake Placid for evaluation of possible frost bite on his hands. The incident concluded at 10:00 p.m.

Hamilton County
Perkins Clearing Conservation Easement
Town of Lake Pleasant
Injured Snowmobiler: On February 15, 2015 at 1:08 p.m., Hamilton County 911 advised DEC Ray Brook Dispatch of a snowmobile accident involving a 50-year-old female from Clifton Park, NY who hit a tree. EMS was dispatched to Perkins Clearing Road in the Town of Speculator. Two DEC Forest Rangers and EMS arrived on scene and secured the woman, who had sustained a lower leg injury, for transport. She was carried out, loaded into an ambulance and taken to Nathan Latour Hospital for treatment. The incident concluded at 1:55 p.m.
Be sure to properly prepare and plan before entering the backcountry. Visit DEC’s Hiking Safety and Adirondack Trail Information webpages for more information.