An alligator that was on the loose in the small upstate New York village of Whitney Point has been captured.

According to an article on Clarkstown.DailyVoice.com, several residents reported seeing an alligator last week. The village’s mayor even posted a photo of the alligator on social media. 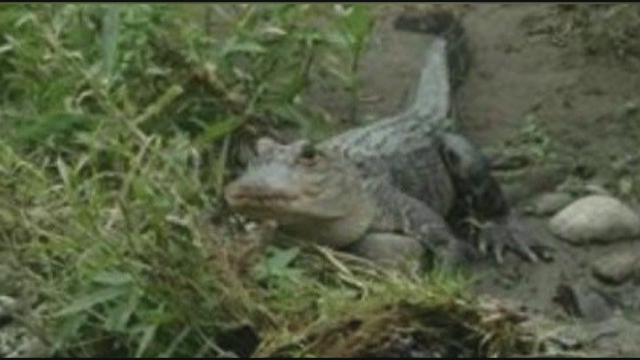 Officials with the state Department of Environmental Conservation were able to capture the alligator on Saturday behind local fairgrounds. They say the creature was likely somebody’s pet – an illegal pet since New York doesn’t allow alligators as pets – and was released into the area recently.

Read about an alligator captured in upstate New York.