Officials have closed hiking trails near New York’s Mount Beacon as a large brush fire that began Monday sent hikers fleeing down the mountain and has damaged much of the area.

According to an article on TimesUnion.com, officials are asking hikers to stay away from the Hudson Highlands State Park in Fishkill, New York, while firefighters battle the blaze. 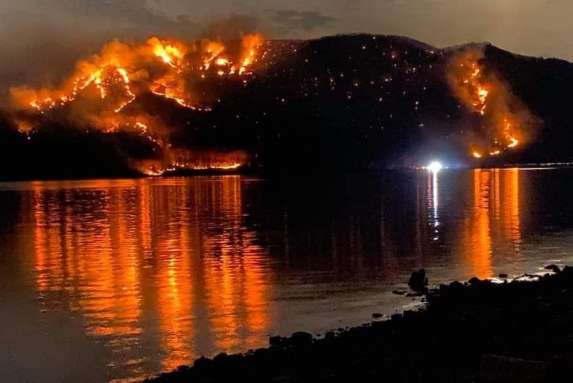 Several fires have been burning over a 300-acre area on the mountain since Monday. Fishkill officials say all hikers got off the mountain safely, but several parked cars have been destroyed.

According to an article on HudsonValleyPost.com, the fire forced some hikers to have to run down the mountain.

The fire reportedly started on Route 9D, jumped the road and then made its way up the mountain at Hudson Highlands State Park. The cause of the fire is still unknown.

Officials say it will still take some time to put out all the fires. Hikers are asked to avoid the popular hiking area for the time being.