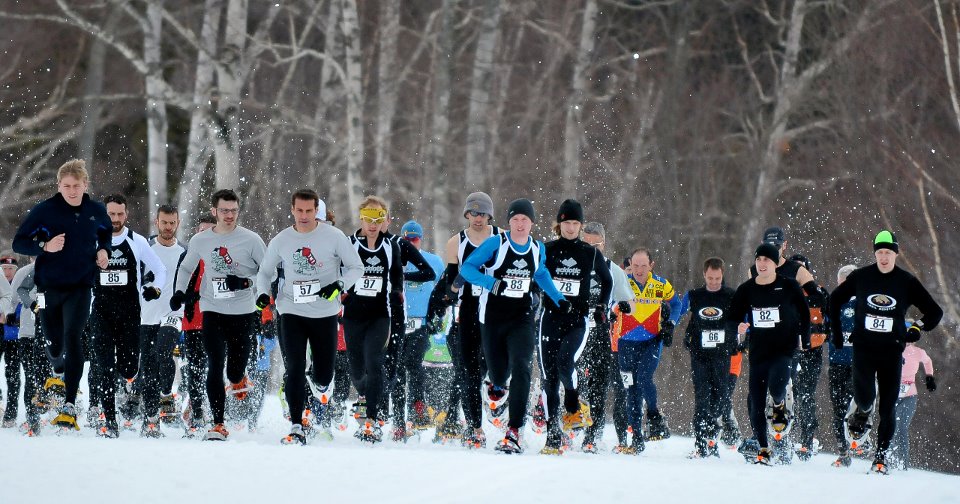 If you’re a runner, ’tis the season for running indoors on a boring treadmill or for sitting inside getting fat and lazy.

Or, ’tis the season for strapping on your snowshoes and taking advantage of some of the most exhilarating running of the year.

Snowshoe season is fast approaching, and New Hampshire will be a hotbed for shoeing this year with the Granite State Snowshoe Series – a series of seven snowshoe races in the state beginning January 12 with the Beaver Brook Race in Hollis and culminating March 9 with the Granite State Championship. Along the way are a number of great snowshoe races, including the Sidehiller in Center Sandwich on January 26, the Exeter Snowshoe Hullabaloo in February 2, and the Kingman Farm Moonlight in Madbury on February 16.

Shoers can choose ro run in any single race, or they can compete for rankings in the series. Competitors must race in four of the seven races to be eligible for series ranking.

To learn more about the events in the Granite State Snowshoe Series, check out their website at http://www.granitestatesnowshoeseries.org.