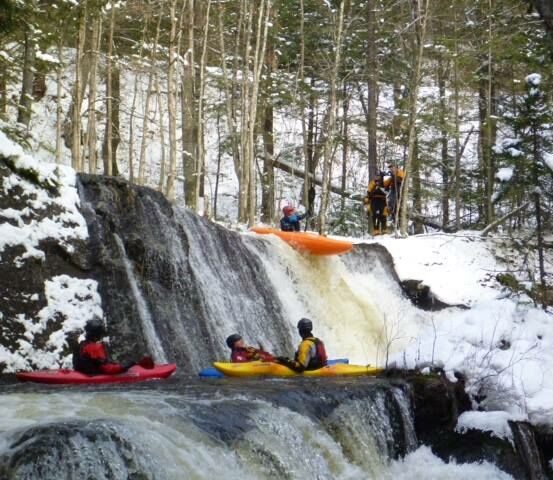 The battle to protect whitewater boating on Vermont’s Green River will go before the Vermont Supreme Court next week.

Oral arguments are scheduled for Tuesday, March 12, in the state’s appeal of a Superior Court ruling that ruled against the Vermont Agency of Natural Resources, which is seeking to prohibit scheduled releases on the Green River.

The whitewater boating advocate group American Whitewater has been involved in the legal battle over the Green River. They appealed the state’s Water Quality Certification, which they said reduced natural boating opportunities and prohibited future scheduled boating releases that had been voluntarily provided by the municipal power company.

After a two week trial last April, the court ruled that whitewater boating during natural events and during scheduled releases was a protected existing use. The court also ruled that conditions mandated by the state in its water quality certification would substantially eliminate that use, and that the state’s mandatory conditions must include a requirement for three scheduled whitewater boating releases annually.

In their legal brief, advocates with American Whitewater are arguing that there is no conflict between protecting the existing use of the Green River for whitewater boating and the designated use of the river for aquatic habitat. They are also arguing that the Clean Water Act and Vermont Water Quality Standards protect both designated and existing uses, including whitewater boating.